This user has also played as:
IT'S KICKASS TIME! Years of Service
400 XP
"Diversity in counsel, unity in command." - Cyrus the Great

"The best of men are but men at best." - Persian Proverb

"تا زمانی که متوقف نشوید، مهم نیست که چقدر آهسته حرکت می کنید."
("It does not matter how slowly you go as long as you do not stop.") - Persian Proverb 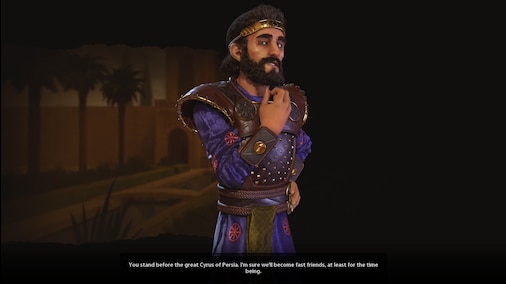 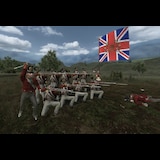 Mount & Blade: Warband
This guide will help you better understand how to properly lead your bots in commander battles as a captain, and to better improve your kill-death ratio amongst them. Here you will learn proper formations, positioning, and tips on orders to give should the
Review Showcase

PAYDAY 2
398 Hours played
Basically, it's first-person Bonanza Bros... That right there is a true classic.
It's still a solid game though, but the community is wishy-washy.

Edit: After 100 more hours of this game, I begin to see the NUMEROUS glaring bugs that make some missions almost unplayable and down-right frustrating. Overkill please fix your game before moving on to RAID. (Basically...stick to Bonanza Bros)

Edit 2: Thank you for fixing most of the bugs Overkill. (Also, this game is not dead, but it is dying ; the updates just slow down the process. Payday 3??? Not on diesel engine pls)
Leave a comment

Vox Lunae Jun 1, 2019 @ 2:03pm
hey, sorry I saw your profile and I just thought you looked cute in your picture, I really wanted to tell you that)) It's really rare to see girls playing video games haha! I don't know why its a guy thing honestly im like really against misogyny and like ill be the one in the kitchen making sandwiches. We should really play l4d2 sometime its a really cool zombie game with a lot of scary moments, but don't worry ill be there to protect you ;) sorry that wasnt flirting I swear Im just trying to be friendly I really like your profile picture sorry was that too far? Really sorry i'm really shy I don't go out much haha add me on skype we should talk more you look really nice and fun xxx

The Astronomic Gamer Mar 18, 2019 @ 9:27pm
Gets upset that he sucks at Chivalry <3 worst archer in the game #barelybrokeeven