This user has also played as:
World hard and cold... MrPaladin's Pals
36,935 Members
Welcome To My Profile
𝙏𝙧𝙖𝙙𝙚 𝙨𝙚𝙘𝙩𝙞𝙤𝙣
Little about me and trading: I created this account on February 21st, 2014 but had been f2p for quite some time,after couple months of being p2p I discovered forbidden fruit called "Trading" it was actually pretty hard for me at first,because I was new and unexperienced,but that didn't stop me from trading, after watching countless hours of tutorials on youtube, I joined trade server and started trading.. that's what I though at first, keep in mind this was all the way back in 2014-2015 so no fancy-shmancy trading types were active,just go on server and trade,some people were occasionaly using backpack.tf and some trader recomended it to me and it was game-changing, because I could actually check price of items I was selling&buying. after I got experienced I tried new thing, called "cashing out" you probably have heard about this,but if not you just sell items for irl cash and that's it,you'll receive cash on card,steam or any online wallet and that's it. at first I was pretty skeptical about it and felt like I was gonna get scammed,but "risk it for the biscuit" I tried anyways and in less than 5 minutes cash was on my card,but I didn't get addicted to that, I stuck with item trading and I was occasionaly using cashing out if I felt like it or just wanted extra cash in my pocket,but anyways... here I am,it's been over 5 years and look at me now, most things have changed because 5 years is enough time to understand what's more profitable for you and what's not, so I rarely do item trades now, my trade routine consists of me buying items after careful analysis,quickselling unusuals and other items for cash,building up inventory and then cashing everything out,after some time I get back to trading and repeat whole process again, Sure it's a tough business, but nothing comes easily in life. So hit me up and ask me questions if you feel like it.

𝙇𝙞𝙩𝙩𝙡𝙚 𝙖𝙗𝙤𝙪𝙩 𝙢𝙮 𝙖𝙘𝙝𝙞𝙚𝙫𝙚𝙢𝙚𝙣𝙩𝙨
Been around for a while, let's see what I've been up to:
1. I got high steam level (101)
2. 5+ years of service
3. 7000+ trades made (5000th one was a very speshal cashout :3 )
4. Over 50 pages of +rep on my profile,which dates from 2014
5. My Steamrep [steamrep.com] Is clean
6. It's true that I have a VAC ban,but it doesn't affect me as a trader( except for that I cann't trade cs:go stuff) because it's a GAME ban and it's for CS:GO
7. I have lot of ingame hours
8.Working my way up to make my BackPack.tf rep wall look like it's rep wall of an experienced and trusted trader
9.Co-Owner of ReapersGroup
10.Rich backpack history

1,403
Items Owned
7,921
Trades Made
1,986
Market Transactions
Most of STEAM inventory items are for sale and from TF2 it's about what offers you make
Screenshot Showcase 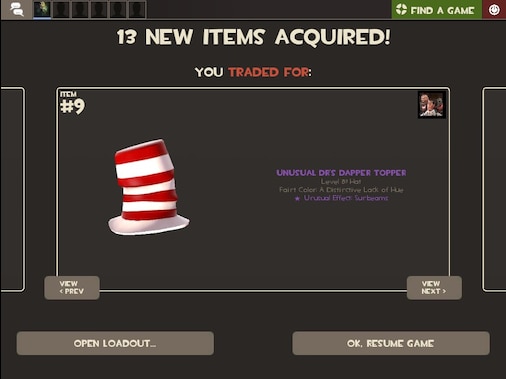 Now this hat,this hat is very interesting,because i basically got it for 100$ ^.^ The are many people talking ♥♥♥♥ about this game and how inferior, perhaps nonsensical and stupid its mechanics are. Marauder too hard, Punching dealing no damage being stupid, having to Chainsaw Demons Mortally Challenged Personnel for ammo, you name it. Many people compare it to DOOM (2016) and complain about how different it is with game mechanics and what not. You want DOOM (2016)? Then go play DOOM (2016).
DOOM Eternal gives you the toolbox and says "Off you go, little Slayer. Here are Runes, Weapon Upgrades, Suit Upgrades and everything else to tweak the character to suit your play style." It is absolutely necessary to learn how to play the game and deal with Demons Mortally Challenged Personnel and their weaknesses.
If you're having trouble with the Marauder after 5th, 10th time or whatever, it's probably not that he's tougher than the Final Boss, but more likely that you're stupid and you need to learn how to play the game. He is a literal cannon fodder like any other Demons Mortally Challenged Personnel once you master the movement you need for him to attack and then shower him with the Super Shotgun + Ballista, or other combination of weapons.
I love how this game makes you to always be mindful about your ammo, your health, your shield. You fail to manage either of these and - Oops, yo're out of bullets and you don't even have anything to Chainsaw, or you're dead.
The soundtracks... is something I just can't put into words. Simply said, you don't get time to feel bored and you(or at least I) get the feeling like you're about to run a marathon. I enjoy it so much I have a YouTube playlist saved and have it running in the background while I'm doing other tasks.
Perhaps what I was most surprised to see was this game running on Medium settings(even higher) on a laptop with 4 Processor Cores. And the graphics? Simply magnificent.

I am very satisfied with the game, but if I had to say, one thing that makes this game hard, perhaps even impossible for some is that it requires the player to have Common Sense. Seeing some review, it's apparent that this is not always the case (Hence complaints about The Cannon Fodder being too difficult, mechanics making no sense, etc.) but I can't offer a suggestion how to fix this...
Leave a comment
Favorite Game 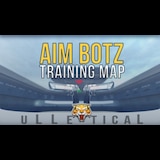 SkyKingMC Aug 20 @ 4:07pm
+rep, really good player in mvm, able to help the team and get his message across without being a jerk, i appreciate having you in my mvm team, have a good day!