Stockpiler Supreme
8,636 XP
Follow our curator page: OCG-Curations if you like and want to see our reviews.

Please leave a thumbs up on my reviews if you like them. Thanks. I am a Magic Master although I don't feel any different

Neversong Looks and sounds great. Essentially it is a puzzle game with four boss fights along the way. The boss fights and puzzles are quite easy and not very imaginative but the game has a wonderful charm, great story and interesting characters.

First Impressions🤔
I had a long think about whether I should rate this game positive or negative.

There are a LOT of very good aspects to the game. The visuals are wonderful, the sound is moving and the characters are quirky, funny and voiced very well. The package seems very polished and fun to play. There is a spooky atmosphere throughout the game that isn’t particularly scary but it is slightly disturbing and the story has many hidden meanings and is presented very well.

On the other hand the puzzles and the boss fights are quite easy. I defeated all the bosses on my first attempt without knowing their patterns or what was going to happen. In fact, I only died once in the game. You are given far too many lives and your lives are replenished after defeating enemies, which are also incredibly easy to defeat.

The puzzles were never really taxing. Some of them needed a bit of thought and exploration but I was never really stuck on any of them and although they felt interesting, due to the atmosphere of the game, on reflection they weren’t particularly original.

Neversong suffers from a crisis of identity. It can’t be classed as a puzzle game because the puzzles are too easy and it can’t be an RPG because the combat and boss fights are too simple and unimaginative. What it is successful at though is producing a well-rounded story of intrigue and light horror with a small amount of puzzling, platforming and fighting. It won’t challenge you and it won’t last too long but you will still have a lot of fun along the way. If you’re happy with knowing that before you buy then I would recommend on a sale.


More Information
Story📕
Peet wakes up from a coma to find his best friend and companion, Wren, has been kidnapped. All the parents have disappeared and Peet is alone apart from a host of children left wondering where their mothers and fathers have gone.
Peet sets out on a journey to find her and is aided by a bird and (sometimes) helpful advice from the children.

The story is by far the most interesting aspect of the game and has quite a lot of hidden meanings and imagery. You really have to pay attention to all the cut scenes and poems as they will reveal subtle hints as to what is happening. The story is delivered in quite an interesting and unique way with poems that rhyme and cut scenes of certain incidents in your past.

Puzzles
To gain access to the bosses, you are going to need to solve some puzzles. They are not particularly difficult. Often it is a case of reaching certain heights or having a particular skill or piece of equipment. For example, you will need a skateboard to jump ramps, magnetic gloves to swing on spider eggs and an umbrella to drift on wind currents.

Platforming
The platform sections mostly involve swinging on spider eggs once you have obtained the skill. There is a technique where you can swing fast and propel yourself over great distances. Mostly you will be jumping from vine to vine to reach far away platforms. You will fall quite a lot as the swinging is quite unpredictable and it is difficult to judge. Later you can cut the vines to drop bombs which can destroy obstacles in your way or reveal secret items.

You also have an umbrella where you can drift on air currents to traverse chasms where vines are not available.

Fighting
There are enemies which you will encounter and a total of four bosses. The enemies are easy to defeat. There are around four or five different enemy types. None of them are particularly difficult and once defeated they will give you a note or a heart. Collecting one hundred notes awards you an extra life on top of your existing lives. A heart replaces any lost lives. I think I ended up with eight lives and only died once in the whole game. The amount of hearts you are awarded for defeating enemies is unbalanced and too generous. I don’t think any hearts should be awarded, just notes, and at a hundred notes all your health should be restored. Enemies also respawn if you go out of the level and back in again so it is easy to replenish your health when needed.

The boss fights are also far too easy. I defeated every boss first time. That doesn’t particularly bother me as I am a fan of story games. I wouldn’t buy this game if combat is your primary goal though. The waves were predictable and easy to avoid. I could see that there were puzzle elements in the fights but they were also easy to work out and administer.

There is quite a lot of backtracking to do as you will need to revisit scenes to open locked doors or return to play the songs on your piano.

There are a host of collectibles called coma cards to collect. Certain cards will give you the ability to change your appearance. Some of them are very difficult to find and as far as I am aware nobody has collected all of them.

There are loads of interesting characters to interact with. They are all fully voiced and sound professional but comical. They are all children and behave immaturely and uncooperatively resulting in a few laughs. You are sometimes given a choice of answer but choices do not matter and will always result in the same outcome.

Visuals are wonderful and imaginative and are a strong plus point to the game. The game oozes atmosphere and each character have a distinct and highly original personality. The bosses and the characters are drawn to make them look weird and bizarre and there are some disturbing psyches.

Sound 🎵
Sound is impressive and is an important aspect of the game due to the fact that Wren liked to play the piano. Music is an important part of her life and that comes across in the game. There is a melodic soundtrack throughout with good effects. The voice acting is done well and full of childish emotion and hyperbole.

Neversong, formerly Once Upon a Coma has great atmosphere thanks to its weird and wonderful characters, its haunting and disturbing façade and a great soundtrack. It has an interesting story which needs a little interpretation to understand but is ultimately a rewarding experience.

I would describe Neversong as a game with light puzzle, platforming and RPG elements. If you want any of these to be new and challenging then I would stay away. If you’re happy for these to be included in a whole package where the story is the star and you don’t mind the short playtime then I could certainly recommend.

This game was received for free through curator connect.
View all 9 comments
Achievement Showcase 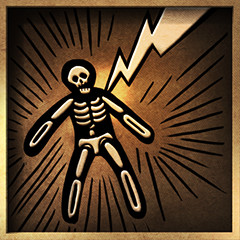 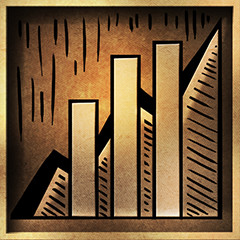 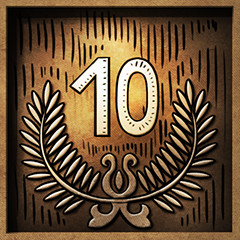 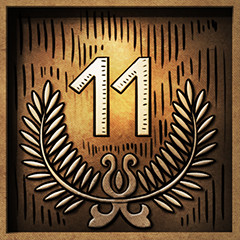 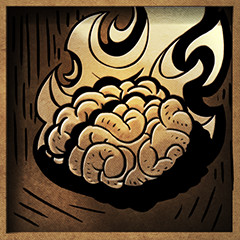 Darkendone Jul 1 @ 4:16pm
Jabber66, I understand the trebidation about VR, it’s costly to get going, but if I were you I would buy a used a used HTC Vive (as soon a new version will be coming out and you should be able get it around the price of a new console). I was very lucky to have had a buddy that had purchased one and let play for a while before I bought my own. Please if can help in any way, let me know! Thank you for the very kind welcome to the group and Good Gaming!!!!