This user has also played as:
Nicholas 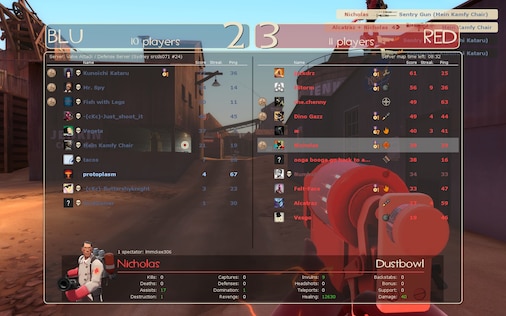 The Elder Scrolls V: Skyrim
68 Hours played
A wasted opportunity - a game of spectacular scale which sadly winds up being a series of disappointments thanks to lax quality control and shallow design. Just a few examples:

* Join a cannibal cult, murdering and devouring an innocent priest! While your follower observes blankly, without comment or reaction.

* Lead a posse of townsfolk in the cave to fight a master vampire! Then do it alone when they get lost on the way, and find them milling around the entrance talking about the task ahead days after it’s been done.

* Go into the past to view the demise of a monstrous dragon! Sit watching idle animations for several minutes because said dragon failed to appear.

* Battle a rogue mage in control of a powerful artefact! Don’t do battle at all because another mage, required to trigger progress, gets stuck outside the room.

* Join the famed companions! Be unable to progress their questline any further, as the first radiant quest involves talking to someone who spends her entire time in a location in which she will not engage in dialogue.

* Venture across Skyrim to gather parts of a notorious weapon, and have it assembled by the power of a god! Get a weak dagger which is worse than what you’ll find as loot on many random enemies.

* Do battle with mighty dragons, including the legendary Alduin! Face easier battles than most of those involving random dungeon-dwellers, some of whom can kill a level 40+ character in two hits.

* Fall in love and get married! Put on a necklace, speak to a random follower who you know nothing about, propose, get married and...have them spawn a meal every day. Wow, the feels.

Broadly, my feelings are mixed. The main plot and civil war did little to interest me (indeed, I didn't even bother engaging much in the latter) Only a handful of side quests were memorable (the Haunted House is one of the few which sticks in my mind). It was vast, with countless distractions and quests to pursue, but so many felt like bland busywork.

It still looks gorgeous six years on, and runs a lot better than some of the Fallout games. Music is excellent; it's worth getting a new Word or dragon soul just for the music which goes along with it!

Voice acting and writing range from average to bad - and it's particularly maddening to hear the unmistakable voice of Stephen Russell everywhere you go.

Combat is barely adequate, often unbalanced by the levelling system and generally shallow. There's nothing like reaching level 100 in one-handed weapons and unlocking the top perk which is tied to a ludicrously clumsy attack.

The main problem I faced was the glitchiness of it all. Two main quests and a major side quest became stuck, requiring the use of console commands to progress. Key battles, including the penultimate one of the main quest, were rendered laughable by the enemy getting stuck on terrain. A supposed stealth mission was a joke, with my quarry well aware of me throughout, and undisturbed even when I engaged in battles right around him.

The Dragonborn DLC worked smoothly, which suggests that the issue was less the engine (wonky as it is) and more that the scale of the main game overwhelmed efforts to ensure it worked properly.

While there is so much more I could do in the game, there's nothing that compels me to do so. Such a waste.
Leave a comment
Rarest Achievement Showcase