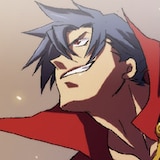 How To Be The Best Berserker Ever
Created by - Ironfungus

Killing Floor
A comprehensive guide to the berserker perk, from basic fundamentals to advanced strategies/tactics such as melee locking.
View all 13 comments < >
Comments