This user has also played as:
Pete . I hate everything else.

Notice: Read all my information. Don't try and randomly add me, contact my secretary or you'll be instantly blocked. 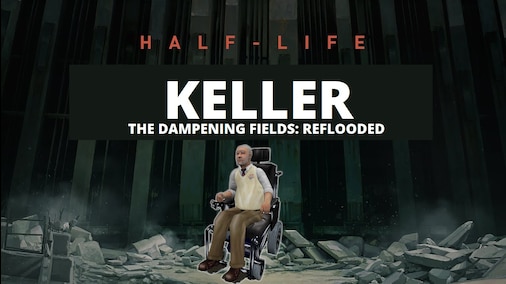 + 63
Important Information (Read this before adding me!)
Smoke

Notice: I'm not a charity, I'm not interested in being friends for no reason, I'll only accept your friend invite if we played a game together recently or if we've got a trade arranged through SteamTrades or if I've won a giveaway and of course, if I know you personally. So stop adding me asking for free stuff.

The cat in my achievement showcase is actually my Persian cat, Mr. Cat!

Grand Theft Auto IV: The Complete Edition
115 Hours played
One of my all time favourite games and potentially my favourite GTA (It's difficult to choose as I love them all, including the Stories games on PSP/PS2) of the entire series.

For years I'd wanted to replay this masterpiece on PC as I had played through it to 100% completion many times on the Xbox 360. However, whenever I tried, I suffered the malice of many issues such as GFWL integration and the fact that controllers weren't natively supported within the PC version. However, I can now say these have all been rectified within the Complete Edition, I do of course feel some amount of sorrow when it comes to some players still suffering with issues such as VRAM that plagued the original depot available on Steam, as well as the obvious loss of multiplayer. I myself was never partial to the multiplayer aspect of this game as from what I remember it was a sequence of spawning at the airport and being insta-killed by hackers, similar to that of GTA V but worse.

So while I can't comment too much on an aspect I'll personally never miss, I can happily say that the following issues were indeed fixed for me and I'm very thankful to Rockstar for doing so as I was never able to play this until the recent re-release, which I found very surprising as I'd only just discussed this with a close friend prior to them actually doing it. Wishful thinking actually came to fruition for once.

Like I said, I'm incredibly thankful for these things being made a reality as I've really enjoyed replaying through this gem of a game. The story, setting and character development within this title was never really captured within it's successor in my opinion. Niko is such a beloved character to me and while I did enjoy Franklin, Michael and Trevor's antics in GTA V, I never really felt the passion that Niko's character displays in GTA IV.

I've never really understood the hate towards this title, there's many things included in which again, it's successor missed out on:

• Detailed side missions such as the Police Computer/Most Wanted missions.
• The much more complex combat system.
• The vehicle collision/handling mechanics and physics.
• The option of picking up random items such as bottles and using them as throwable melee weapons.
• The large variety of friend activities such as darts, bowling, pool and strip clubs (I realise GTA V has some of these but nowhere near as many.)

Having just completed GTA IV's main campaign again, I'm looking forward to diving into it's expansions to which I also love dearly. Those being The Lost and Damned and The Ballad of Gay Tony, and while they don't quite hold up to the main game's story, they do introduce even more activities and pastimes such as the fight club in TBoGT to which I'm excited to once again play.

This game is truly a work of art that should be appreciated by every GTA fan. Once again, thank you Rockstar for making a wish of mine come true. I do wish you could have included multiplayer for those who enjoyed it but like I said previously, this hasn't affected me directly and of course, doesn't affect my review like it will others. I'm nothing but thankful that I was able to play this again to it's full extent.

If I could make one suggestion, I'd also love to see the 10th Anniversary Edition of GTA 3 with Steam achievements show up on Steam. I love me some Liberty City so I'd happily buy it. MootisCuckamus Aug 11 @ 10:58am
big cheetor in 1v1 he use da godmode and da aimbots report for hakking big haxor do not pley gem wif him