This user has also played as:
You are

Elfin Ally
100 XP
my very own twitter account
good friend who changes names and urls
likewise
biggest movie of 2017 [i.imgur.com]
my favorite twitter
Maybe that'll push you to reach for the top. The fridge is waiting.
Come to the forest with me [www.nicovideo.jp]
Hitch-hiking
>implying
Gosh! I'd LOVE to own one!
https://www.youtube.com/watch?v=ytNqYmctTt8

HEARTBEAT
34 Hours played
Extremely adorable game!
I'm glad for the controversy because I never would have found out about this game.

From the first 15 minutes of playing this game I already knew I should recommend it. 20 hours later I'm not even done and that hasn't changed, but what has is that I have a BUNCH more to talk about.

So! First and foremost I'm seeing a lot of comparisons to UNDERTALE. I know that in taking time to refute this claim I'll be going off-topic, but it's such a widespread claim that it really needs to be done. I guess some of these people have literally never played an RPGMaker adventure before, because aside from a little storybook scenario that kind of looks like the Attract Mode for UNDERTALE, and the name of the game being [COMPOUNDNOUN], there's nothing that warrants such comparisons. You fight animal-monsters that let their emotions get the best of them. Some of them live underground and there's some royalty that's acting bad but they're just fearful and misunderstood. Totally sounds a lot like things UNDERTALE pioneered...if that's one of the few games you've ever played. There's a party system and you're not discouraged from engaging in combat. In fact there's no way avoiding it, so yes it follows conventional RPG mechanics.
Thankfully missing from this game, is the irritating "anti-humor" that the overly eccentric tobyfox loved to sprinkle heavily throughout his game. In HEARTBEAT, there's genuinely good scriptwriting. The humor comes naturally instead of forced. The puzzles are real instead of cringeworthy fake-puzzles. You're never suddenly punished for no reason at your expense for the amusement of someone who isn't even present to witness it. I remember a comment about UNDERTALE back in 2015: "If Earthbound was like someone tucking you into bed and reading you a bedtime story, then UNDERTALE is a creepy guy holding up a pillow, winking and hoping you get the reference." An apt description. Thankfully HEARTBEAT puts you back in bed, patting your head before turning out the light.

The spritework is excellent. The music, unlike UNDERTALE actually uses competent instrumentation for its melodies so you'll never find yourself irritated by any song. It's entirely an enjoyable listening experience and you'll want to buy the OST...until you realize that half the songs are missing, as I did when I tried to get the Card Shop theme that coincidentally sounded similar to "I Say A Little Prayer For You". This is because those tracks weren't made by the team and are public-domain resources. So just extract the rpgmvo files tbh. You'll notice some of those public-domain tracks were composed by watson, who you might recognize from Irisu Syndrome!


I've also seen some claims that this game has very positive representation of same-sex relationships. There must certainly be a low bar to meet to fulfill that. I wouldn't exactly call polygamy, debauchery, and an adulterous affair "positive" but you do you. I'm still probably only slightly half the way through the game at...20 hours so we'll see if this "wonder positive representation" ever shows up.

But indeed this game is lengthy! And for only 15 USD! Someone bought this as a gift for me during the sale but I'd call this a bargain at full price. I've played shorter games that cost a lot more. It's a definite recommended buy if you're looking for something that will give you weeks of entertainment.

On normal difficulty nothing really feels like a chore unless you doggedly insist on focusing on a single thing for too long. Optional sidetracks are indeed optional.

If I must make one complaint, it is that there's some dialogue that you can end up unknowingly missing out on by just going to your next destination instead of backtracking and talking to NPCs. It's quite unclear when these events update so going back to check can actually become bothersome.

All in all, you should pick up this game, especially if you are in the "age 24-36 and have familiarity with imageboard culture" demographic because there's quite a few references to things, especially /x/ pasta and /v/ lolcows, that you just might not recognize otherwise.
View all 2 comments
Artwork Showcase 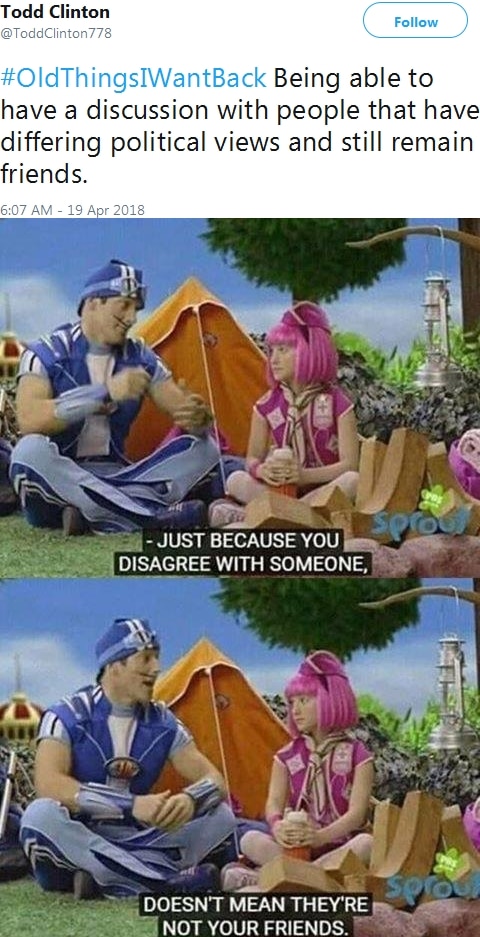 + 19
Great!
Clown World Logic in Our Time [archive.is]
why your communist paradise fantasy won't happen [i.imgur.com]
some things drawn by the artist of the Pokemon Manga [exhentai.org]
clown worl [streamable.com]
"Gen 1 was ♥♥♥♥" [i.imgur.com]
ORAS was actually ♥♥♥♥ tho [i.imgur.com]
but not as much as the complete colossal trainwreck that's SwSh [i.imgur.com]
okay maybe they had a point [i.imgur.com]
eh reh
Inculcating Conformist Propaganda
www.twitch.tv/iParaTV
http://pastebin.com/BhpfXqHP
Don't just sit there and waste your precious time. When you want to do something, do it right away. Do it when you can. It's the only way to live a life without regrets.

Most of the content we consume will not agree with us entirely--whether it's the content itself, or the people who made it--if you want to look for a reason to dislike something, you can almost always find or make one depending on how far you're willing to go. It's OK if something doesn't agree with you entirely. As long as the content isn't harmful, I think you should be able to enjoy it and allow yourself to take something away from it. Nothing, and no one is completely ideologically pure. That's just how people are. Figure out where your line is, and allow other people to do the same for themselves when choosing what kind of content to engage with.
At the end of the day it is up to you to decide what kind of content you are comfortable with engaging with or not. There are thousands of people on the internet who hold views that oppose your own, and you don't have to go too far to find them--you choose how you want to engage with those people though.

Put this on your profile if you agree.

My car, old as it is, was built in Michigan. My bourbon is from Tennessee. Pizza is as Italian as hamburgers are German (they aren't). lmao who eats kebab, ancient Greece had a direct democracy as opposed to the federalist system WE pioneered. I don't drink coffee and my tea is american-grown. The Hydrox cookies I eat are American. My oil is synthetic and so are my diamonds. sushi is literally peasant food so I don't eat it. "Arabic numerals" is widely-known to be a misnomer. Yes my letters are Latin, sorry that Rome conquered most of Europe. And you know what, even if all of those things I said were false what the ♥♥♥♥ does that have to do with refusing to take in people at rates much faster than they can assimilate? (And in spite of the machinations of those that seek to fundamentally change nations, many immigrants still indeed do. 2nd and 3rd generation hispanics are increasingly identifying as "white", which is worrying certain newspapers) We've been the number-one importer of foreigners for decades. Maybe it's time to ramp it down to second-place for a while.
Favorite Group 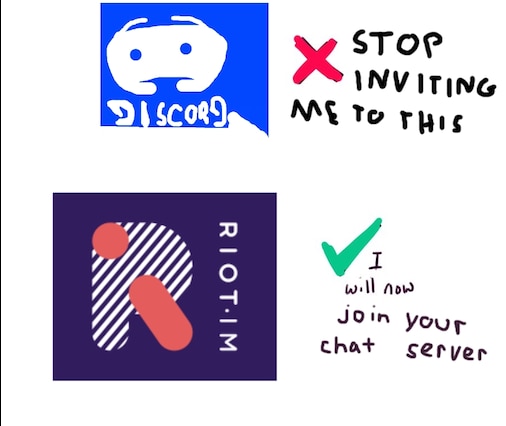 Communication must be decentralized

petiatil May 11 @ 4:00am
I wish I lived such an interesting life as you and your friends.

katterson May 10 @ 1:05am
i had sex with this person irl various times yeah im a real playa