This user has also played as:
Elias Abou Jaoude 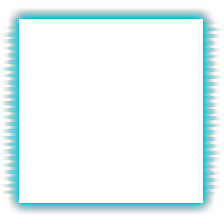 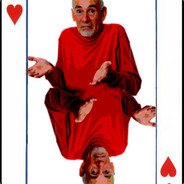 Devil May Cry 5
40 Hours played
Best hack and slash out there. Beat the game on the normal difficulty in 9 hours and can't wait to go back for more(especially once the bloody palace update comes). This is a spoiler free review, except for complaints in the story section. But even then, it doesn't spoil anything major.

I usually complain that DMC games lack colours and have drab environments. Actually, I give props to DmC(the reboot) for it being very creative with its level design. This game does even better than DMC. There are colours everywhere in this game. you aren't exploring the same areas like in DMC1,3 and 4 either. There is zero backtracking in this game! So there is variety, a lot of it. The character designs are fantastic and pretty detailed. I really can't say a lot of bad. Maybe some effects aren't great? But I didn't really up the effects myself.

The devil designs, I should stress, are awesome. SSS rating for those.

Perfect. Pumps you up a lot. They took the system from DmC to make it that once you get higher rankings, vocals start kicking in. Also, the music becomes faster paced with higher rankings which isn't something DmC had. My only grievance is that some of Nero's devil breakers' sounds can become repetitive, and the double jump(Nero/ Dante) sound is weird. But that's a nitpick overall. 9/10

I will start with the complaints:

SLIGHT SPOILERS AHEAD
- Lady and Trish did not get a good treatment. At all. I don't recognize either character in this game.
- Lucia doesn't make an appearance.
I could say that women don't get a proper role in this game, but Nico is pretty good. But I guess there is so much happening in this game and so many characters, that Lady and Trish probably didn't really have much place. Maybe a DLC will fix this?
SPOILERS END

Now that the complaints are out of the way, I will say that this game does everything it could possibly do to please the fans and advance the story. Don't want to spoil anything, but V is an interesting character. Dante is like DMC4 Dante. Mature but still wisecracking. Nero throws cuss words more than before, but never out of place. He's basically Donte refined.

The meat of the game, and it's perfect!

Nero controls like his DMC4 self, but with new toys. He loses the Yamato from DMC4, but gains something much better. The amount of devil breakers available is big! A lot of variety. He was a bit same in DMC4, but here he gains so much versatility that you won't ever get bored using him.

Dante keeps his styles from DMC4, being able to switch on the fly with the Dpad. His weapons this time around are better. The Sword weapon plays the same as before, but it different, without wanting to spoil things, but you can switch between different swords. No, not different weapons like going from Rebellion to Cerberus, but you can change which sword version you want to carry in a mission, and each has different play styles. One of them actually gives you Aerial wave without needing Swordmaster. Also, all his weapons are useful in some way or another, and all are pretty easy to get the hang. I am not gonna go into too much detail, but the selection here is near perfect. The reason I don't go into detail right now is because this might spoil surprises for people wanting to play the game.

V plays pretty well! I had my doubts before coming in, but he actually controls pretty smoothly, and once you get used to them Shadow and Griffon become very versatile and easy to manipulate. I actually was so impressed by V's style I chose him as my first choice in Missions where you can choose between different characters. Yes, there is that now, too!

The Mission structure will feel familiar for players used to series. 20 missions overall. Unlike 4 though, none of the missions are backtracking areas the other characters went through. Yes there are missions where you chose different characters to play through, but that's different by definition. You are playing the same mission here. But! even then, there is some variety mission. There a few missions that are only a boss, which isn't something DMC3 or 4 did a lot. However, it's not a bad thing. All bosses here are done very well. Especially the last boss. Fans are in for a treat!

So I hope I was able to give a good enough description of what to expect without spoiling things for people. I really recommend this for any videogamer! I think it's a GOTY for this year. DMC fans need to get this asap. This game has everything for them. Even non-DMC fans, play it! No really, this is a staple of videogaming. It's perfect. 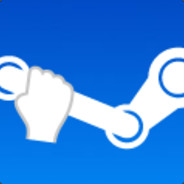