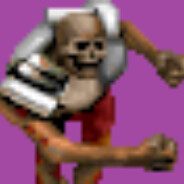 Teach your friends and family to SUCK the way YOU want to be SUCKED.

The missile guidance computer scenario works as follows. Because a variation has modified some of the information the missile has obtained, it is not sure just where it is. However, it is sure where it isn't, within reason, and it knows where it was. It now subtracts where it should be from where it wasn't, or vice-versa, and by differentiating this from the algebraic sum of where it shouldn't be, and where it was, it is able to obtain the deviation and its variation, which is called error.

Thou art a turkish imp, the damned devil's brother and friend, and a secretary to Lucifer himself. What the devil kind of knight art thou that cannot slay a hedgehog with your naked arse? The devil ♥♥♥♥♥, and your army eats. Thou a ♥♥♥♥♥♥♥♥♥♥♥♥♥♥ wilt not ever make subjects of Christian sons; we have no fear of your army, by land and by sea we will battle with thee, go ♥♥♥♥ thy mother.
Thou art the Babylonian scullion, Macedonian wheelwright, brewer of Jerusalem, goat-♥♥♥♥♥♥ of Alexandria, swineherd of Greater and Lesser Egypt, Armenian pig, Podolian villain, catamite of Tartary, hangman of Kamyanets, and fool of all the world and underworld, a fool before our God, a grandson of the Serpent, and the crick in our ♥♥♥♥. Pig's snout, mare's arse, slaughterhouse cur, unchristened brow, screw thine own mother!
So the Zaporozhians declare, you lowlife. Thou wilt not even be herding Christian pigs. Now we shall conclude, for we don't know the date and don't have a calendar; the moon's in the sky, the year in the book, the day's the same over here as it is over there; for this kiss our arse!
View more info
Currently Offline
Badges  12

then you are butthurt
36 Members