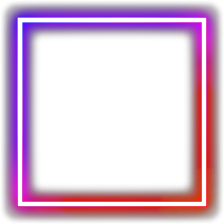 Recommended
14.6 hrs on record (11.5 hrs at review time)
Imagine an alternative Command and Conquer timeline where EA doesn't screw everything up and destroy Westwood's story. This is set in that timeline.
Posted November 25, 2020.
Was this review helpful? Yes No Funny

Recommended
29.2 hrs on record (13.4 hrs at review time)
Dead Frontier 2 has come a long way from when I was in the close alpha with some 20 other people. The growth from DF2 and AdminPwn(The developer) as a person has really shown and I am happy to say that DF2 is finally starting to show its potential. Keep up the good work Admin!
Posted August 19, 2020.
Was this review helpful? Yes No Funny

Recommended
0.0 hrs on record
*Possible Spoilers*
So, this DLC has a lot to offer. Nothing super game changing but some definite settlement improvements. To simplify things, I'll just do a pros and cons list.

Will edit if anything changes or add links to mods that improve the experience.
Review Changes:
Added con and fixed some spelling.
Added link to mod that makes crafting stations nicer.
Added more pros, cons, and useful mods.
Added my mod to list.
Posted July 25, 2016. Last edited July 26, 2016.
Was this review helpful? Yes No Funny

Recommended
540.8 hrs on record (278.5 hrs at review time)
This review is a a "Yes" simply because the good can outway the bad. I'll start with the bad though.
Cons:
1. Competitive can get old and fast.
If you're only playing competitive, it'll get really boring really quick. Especially with how the community can be sometimes. I advice people to jump into community servers once in a bit just to make sure it stays fresh.

2. The community can be the most toxic thing about this game.
As with any competitive game that is almost solely multiplayer, the community can be and usually is very toxic. This doesn't go for everyone but if you don't clutch a round and you have a bad team, expect some real ♥♥♥♥♥♥♥♥.

3. If you're having a bad day, competitive is not a good stress reliever.
Seriously, if you're looking to sit back and have some real fun, don't play competitive. Go play something else. Look up jailbreak or surf. Those can be a lot of fun when the ♥♥♥♥♥♥♥♥ aren't running around.

Now that we have that out of the way. Let's talk about the pros.
1. When you do meet nice people, they're usually fun to play with.
Like I said before, the entire community isn't toxic. Just a large amount of it. You can find and meet some really great people in CS. Just don't think everyone is fun loving and positive.

2. The community servers can be some really great fun.
I've spent a lot of my hours surfing and playing other community servers. They're a lot of fun and you can usually find the fun loving players on those servers.

3. Learning the game is great.
Finding out the spray patterns of all the weapons, watching competitive streams, and playing each map individually can be a lot of fun. Some maps are really hard to learn but don't give up right away. Becoming good at maps other than Dust 2 can really give you the edge.

I'm sure I'll have more points someday and I'll update this but one final note, don't be annoying when you start. When you die, stop talking through the microphone and only make important callouts and tell your team how much damage you did to the enemy. Also, T is to talk to everyone through text chat. Y is to talk to your team.
Posted August 30, 2015.
Was this review helpful? Yes No Funny

Recommended
6.2 hrs on record (2.6 hrs at review time)
As with many games that come from mobile, it's very grindy. The good news is that the grind is actually fun. You can play Survival mode and just go out on a killing spree without a care for the story. You can do the story which will keep you entertained for a bit. You can replay missions and easily collect credits. Things that I wish it had was more guns and better awards.

Pros:
- Can be fun for several hours of mindless zombie killing gameplay
- The grind doesn't get dull in 5-10 minutes
- Decent/Good graphics for a game of its type
- Obtainable goals ingame instead of the usual "pay 99999999 ingame dollars or $1 for this"
- You actually have close situations and not jump scares to pump your blood
- First Person Camera angle done so so right.

Cons:
- AI is a bit odd at times
- Another zombie shooter that only stands out because it's on Steam
- Can't see your feet(I don't care but I know a lot of people get butthurt over this)

Overall, a really nice game and I recommend it to everyone who is looking for a zombie shooter with realistic blood pumping situations of survival instead of forced or guessable jump scares. 9/10 Sloths.
Posted December 25, 2014.
Was this review helpful? Yes No Funny