This user has also played as:
bozo 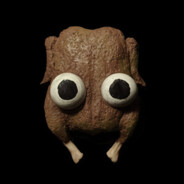 1,540
Achievements
27%
Avg. Game Completion Rate
Are the Angry Birds terrorists?
No. It is retaliation and preemptive warfare.

Terrorism would apply if the birds instilled fear in non-combatant pigs and their other barnyard allies by launching attacks designed to take revenge against sympathizers and create a political environment where the pigs would concede to disproportionate terms of peace. Terror is a campaign of fear against civilians, it quenches a thirst for bloody revenge. The pigs are combatants -- and they endure the onslaught or fall victim to the military campaigns.

The birds are fighting a war of attrition -- retaliating for the taking of their eggs. They fight the very pigs who committed the act they consider to be theft. We don't know if the pigs have a legitimate right to the eggs by virtue of a licensing arrangement, or if the birds were sold-out by the invisible farmer who brokered the unfair deal in the first place. We don't know if the pigs are in the right or if birds are the victims of classical victimization.

We do know that the violence has no end in sight, and that the world has found a way to profit from this conflict. Cynical world.

child refunder May 25 @ 1:34am
are the angry birds terrorists?