This user has also played as:
Pub Spies Love Me, Just Check The Comments :) ᚛ᚊᚔᚒᚒᚓᚓᚎᚓᚏ
I make bad art, and I also listen to terrible music
HERE'S SOME OF MY FAVOURITES
Check it all out, or don't 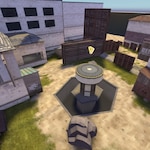 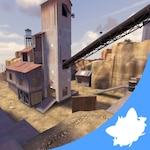 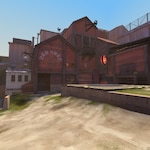 29
Submissions
8
Followers
Items Up For Trade

1,675
Items Owned
775
Trades Made
2,999
Market Transactions
THESE ITEMS ARE FOR SALE
Please comment before adding
I may or may not ignore request without comments, to help me help you comment below

Willing to listen to all offers. Feel free to add me or send a trade offer.
Screenshot Showcase

Rogue 03/06/2020
no offense, but your team litterally spent more time getting ready than actually playing
its honestly kinda garbage

akari 24/09/2017
I really feel bad for you. Your life is so sad and you hate yourself so much deep down that the only way you can make yourself feel better is to be a ♥♥♥♥ on the internet behind the safety of anonymity. Putting people down is the only way you can get that small boost of self-esteem.
Maybe if you weren't such a judgmental little ♥♥♥♥♥ you would have some friends IRL. Maybe even a girlfriend, who knows? I'd bet all of your relationships in the past ended poorly. You are toxic and no one wants to be in your company. You think you have friends at work, you think your family likes you, but the truth is that they tolerate you because they have no choice. You are a blight to the human race, a scourge to society. Your very existence offends me. You make me embarrassed to be of the same species as you. You are an abomination, an unthinking self-hating ogre. If you tried to have sex with a sheep, even it would reject you. You are a spineless, waste of humanity befouling the gene pool with your social-retardation. If we believed in eugenics, you would be on the list of people to be purged first.
I have no respect for mindless, vitriolic imbeciles such as yourself. Were we to be plants in a garden, you would be a weed. When you die alone, not one person will show up at your grave. Your brothers, sisters, and all those who had the misfortune to have to interact with you will instead be celebrating the fact that you are no longer a nuisance, a burden on their lives. Your contribution to humanity will be less than nil, you are a detriment to society. I hope that you are deeply ashamed of yourself, but you clearly lack any and all self-awareness.

AUZFREE2021 Today at 20:56
hey mate
im looking to play highlande rand win
any spots on ur team i can contest
i have played
top
scout / demo / pyro and heavy in HL but can easily soldier and spy as well

harris0n Today at 20:59
I would but I really don't like Tankies or homophobes, sorry :BBLove:

adrian.01/07/2020
I said "that is gay"
I never stated that I hated gays
which is homphobic
dislike of or prejudice against homosexual people.
definition
of homphobia
was I showing dislike?
for gays in general
no I was showing dislike for clippy because he is a spastic

harris0n01/07/2020
Nice
I don't think you understand what homophobia is, if there's an actual problem you can take it up with the JB pug admins :D

greek 23 Aug @ 3:13pm
actual champ, kicked me for, well, playing spy. we all know people that play spy are total ♥♥♥♥ and should be ♥♥♥♥♥alked at any time possible. i give +rep to this medic main, because we all know that medic takes has an enormous skill ceiling in pubs. <3

bunstie 1 hour ago
trickstabbed, going in the frag, have fun virgin! Capy 9 hours ago
ceo of pizza