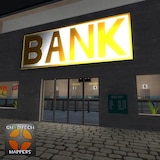 About The Map
This is a bank themed, TF2 Deathrun map where red team have to break in, steal the item deep in the inner 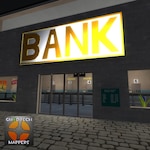 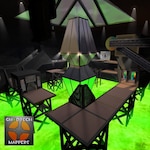 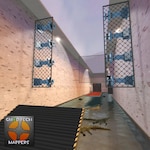 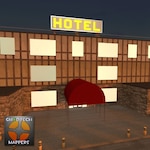 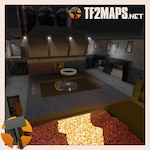 I'm one of those weird people known as an introvert who actually keeps their friends lists for friends and people I want to keep in contact with, not every person on the internet. Invites from random people I don't know will be ignored.

While I'll always welcome comments and feedback about my maps, I'd greatly prefer it that you post your feedback publicly on that maps specific Steam Workshop or GameBanana page. You don't need to add me directly to tell me.

I am not a trader. Don't even offer me a trade. If I'm selling it, it's already on the Marketplace. If I want it, I'd have already brought it. All trade requests will be ignored.

Me in other places

My past Mapping projects

DR_Bank - My claim to fame. If there is one map I'll be known for most, it's this. This was also my first publicly released map, so from the beginning I was keen to make sure this was balanced, fair, and polished. I've updated the map many times since release to keep it that way.

DR_Hourglass -This is actually my first Deathrun map! I was working on this when I had the idea for DR_Bank, which then ended up getting publicly released first. But I came back and finished it off. As the first map it has the weakest ideas and I learned a lot of things of what not to do, but it's still something I'm proud of.

DR_4halls - This map I inherited from Snaggle who created the original version of it. He gave me the job of turning his first deathrun map into something workable, which I believe I have now done.

KoTH_Working_Class - This is a joke / gimmick map. It was my entry to the TF2maps.net 2016 'April fools' contest, where the idea is to make a map that is silly or funny. This map failed on both counts. The gimmick for this map is that only one class can capture the point at a time, and every time it is capped another class is picked.

GmodTech_Hotel - This used to be a flagship map for my former server group, GmodTech. The map is a roleplay map set at a hotel in the Nevada desert, in Area 51 specifically. While originally designed to be solely used on the GmodTech servers, it was so popular that since the close of the group the map has now been made public.

Unannounced 'resurrection' project - I'm looking again at an idea I previously scrapped. It was always workable, I just didn't know how to put it together. I'd like to take another shot it it.

I am not a mapping teacher / tutor!
Please do not ask me how to make maps or to help fix your map. There are hundreds of guides written by people way more experienced than me on a variety of subjects. I don't consider myself to be a "pro" mapper in anyway. I just know how to read guides, experiment and test. And that testing is done over and over again till you get it right. 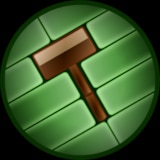 How to fix Hammer freezing during compiling.
Created by - Werewolf™

Source SDK
Hammer was made way back in 1995 when we didn't have multicore processors, so by default it tries to use 100% of your CPU. This makes it look like your computer, or at least Hammer, has frozen.

This guide aims to teach you have to fix this.
View all 71 comments < >
Comments

It is properly dead with a capital 'D'.

But I do have replacement parts on order (I will be recycling drives and GPU), so this is what my new build will be - https://uk.pcpartpicker.com/list/VqHq6X

Werewolf™ Oct 16, 2017 @ 5:46pm
The TF2 Inferno update just had to drop the day after I re-installed my PC from scratch. Guess TF2 will be downloading overnight then

I've had the general idea for the map since 2014, including themes, traps, and features. The one thing I've never had, is a layout plan. No plan for how players are going to get from 'A' to 'B', even though I had solid plans for 'A' and 'B' themselves

It's been on my "To-Do" list for so long, yet I've never had any luck designing a layout that works, or I've been doing other stuff.

Hence, I am not going to pretend I am working on this map any more, and admit I gave up on it a while ago.
< >