This user has also played as:
Granddad McDoogs 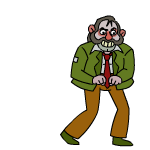 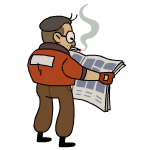 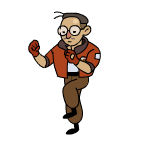 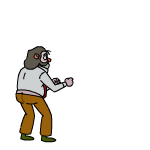 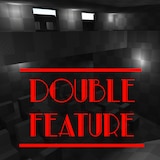 Double Feature
Very early work in progress, designed with search and destroy in mind. Currently, no textures, sounds, or custom objects - focusing on getting the layout to feel right first.

Right now, looking for feedback on:
- Size: does the scale feel OK? Are the s

Alien: Isolation
19.5 Hours played
Over the years, the "Alien" franchise expanded from its claustrophobic horror roots into a sprawling canon, that somehow birthed monstrosities such as Aliens: Colonial Marines and Prometheus. Alien: Isolation positions itself as a direct sequel to the original film, both in tone and in the story arc. Ellen Ripley's daughter, Amanda, is led to a space station where information about her mother's disappearance is located. She then has to survive the same kind of horror that made the original movie so enduring.

Alien: Isolation took me nearly a month to play through. This is somewhat startling because it only lasted 18 hours, and I really savored every one of those hours. Most games glue your butt to the seat by throwing out every aspect that isn't 'fun,' and hours generally evaporate in a haze of feel-good empowerment. Isolation, on the other hand, is not concerned with 'fun' but with providing a tense, exciting, and terrifying experience. I'm glad that Creative Assembly was given the chance to wield AAA funding in this indie-championed genre of survival horror, because they really did pull it off.

Isolation so perfectly explores the feeling of being hunted by a terrifying space monster that it can be difficult to play, especially for long periods of time. The experience isn't just intense, or scary, but actually mentally draining. There is little to alleviate this tension, so if you're easily spooked or looking for a game to relax with, this is not a good choice. There were definitely days where I was just not up the task of evading the titular Alien, but I always looked forward to my next foray into Sevastopol.

The game does a good job at dragging you through the terror by exquisitely pacing every aspect of the design. You reach each save point just as your will to carry on is fading, and each game save emboldens you to continue just a little farther, to see what's next. As each mechanic begins to feel repetitive, they introduce something to mix it up. Just as getting eaten by the Alien begins to feel routine, they introduce a flamethrower that can scare it away for a short while, changing the dynamic from a black-and-white 'if you're seen, you're dead' into a tense game of conserving very limited fuel. You are gradually introduced to a variety of craftable items that change the way you solve problems, but never provide you with much power. The crafting system is very simple and feels kind of unnecessary, but it definitely adds to the atmosphere to be scavenging random bits from the environment to tape into makeshift items.

The gameplay generally consists of activating consoles, supplying power to things, finding keycards and passcodes, and getting from point A to point B without dying. It's a dull formula, but Isolation does its best to plaster over this traditional skeleton with an arsenal of clever design tricks. Amanda Ripley is (conveniently) an engineer, which lends credence to the game's conceit that progress can always be made by messing with Sevastopol's machinery. The levers you have to pull, the buttons you have to mash, and the terminals you have to interact with are satisfying objectives. Instead of just hitting E and watching a light change color, interacting with objects sometimes takes multiple button presses and involves satisfyingly mechanical noises and Ripley's hands performing full animations.

Most objectives tied into the overall story well, and I only occasionally felt frustrated by tasks that seemed like busywork. The obstacles to be overcome between objectives are constantly in flux. The type of enemies present, the composition and relationship between them, and the environment are switched up frequently to provide interesting challenges. Even the simple corridor, that dull staple of games immemorial, becomes a terrifying expanse of unbroken sight lines with nowhere to hide.

By far the most interesting challenge is the Alien itself. While there are other dangerous entities on Sevastopol, the Alien is the smartest and most deadly. It is almost always a threat, as well, prowling through the ventilation system and wandering corridors, always close but not usually on-screen. This is something that movies figured out a long time ago, but games struggle to implement: monsters are scarier if you don't see a lot of them. When you see the Alien, it is in glimpses as you peek to see if it's still in the room, or as it stalks past your hiding spot as you hold your breath. You hear it and almost feel its presence, and it overshadows everything you do; but you don't spend a lot of time staring at it, giving your brain time to compartmentalize and understand this threat. They could have shortened its kill animations, as well, because these definitely begin to lose their edge and actually provide relief from the constant tension for their duration.

The game can be frustrating if you try to play it slowly. The Alien is exploring the area independently from you, not hovering over your shoulder, so you can (and should) generally move quickly from room to room. Crouch-walking and moving slowly increases the number of encounters you're going to have with the Alien, and actually makes the game far more difficult. It's easier and more satisfying to move quickly, but cautiously, and try to be ready to hide at a moment's notice. You'll quickly find a rhythm that works, but you have to break out of the habits that other stealth-oriented games have instilled in you. Hiding is not a 'visible/hidden' spectrum, but is completely logical and takes into account everything from whether the object you're holding is generating light or making noise, whether you're always hiding in the same place, how dark it is, and how much of you is exposed. For example, crouching under a desk isn't going to work if the Alien is across the room from you and can see under the desk from where it's standing. However, it works great if the Alien's right next to the desk because it can't see under the desk from that vantage point. It's logical, but it doesn't feel very game-y. It feels much more like you are playing against a human opponent, so I would get a rush of satisfaction when I outwitted the Alien that I usually only feel in multiplayer games.

The game is quite a looker, as well - it borrows heavily from the visual design of the films, which are still a sort of gold standard for sci-fi corridors. It's a perfectly done "70s future" lavishly implemented with excellent lighting and an eye for detail.

Alien: Isolation crafts a near-perfect Alien experience. The tension and thrill of the experience is maintained right up through a terrific third act full of surprises. It's a game that breaks the rules with style and confidence, and really deserves to be played.
Leave a comment