This user has also played as:
Banana ears Years of Service
100 XP
Any requests for me to kms must suggest a creative method of suicide.

Before you add me (no random requests please):

1) 'No random requests' also applies to trying to explain via comments. Feel free to try though if you think I might make an exception for you.

2) No friend collectors. If you are one, act fast or you will be deleted just as swiftly.

(funnily enough though I'm not one who's likely to try speaking much at 1st, due to usually being both shy and somewhat aloof towards people I don't know well, after meeting them for the first time).

4) I must recognise you from somewhere (e.g. I met you in game or we've talked enough to each other elsewhere)

5) I don't rp (though I'll give some leeway if it's something super casual and just dumb/silly).

My (shockingly consistent) Myers-Briggs type for those who care about M-B types lol:

A more accurate 300 question personality test based on the (current) scientifically accepted "Big Five" model for those interested. [www.personal.psu.edu]
^^^^^
I did have a report summary but I don't trust my self biases from at the time to have helped provide a fully accurate report. CBA taking it again :P


[20:36]
Dacrota:
hey wait a minute
dont you have sugga on your friendslist?

[18:56]
Cryo:
there is research into this that says that it's pretty natural
it's partly genetics my dude

Jhole: but
Jhole: no
Cryo: but yes
Jhole: bullshit
Jhole: ive never met another
Jhole: __lol no__ person
Cryo: so
Cryo: you don't leave the house?
Jhole: this means youre just me but superior
Cryo: cool
Jhole: what the fuck
Cryo: you know
Cryo: it's pretty sad if you're admitting a furry is superior to you
Jhole: No
Jhole: The part
Jhole: that youre a furboy
Jhole: will always make you inferior
Jhole: but that can change
Jhole: youre going to replace me but I wont let it happen
Jhole: youre going to have to kill me
Cryo: *slap*
Jhole: Youre gonna have to do more than that
Jhole: that all you got
Cryo: *peck*
Jhole: ok im dead now

Jhole: YOU SHOULD HAVE THOUGHT ABOUT THAT BEFORE TURNING TO THE DARK ONE
Cryo: LOOK
Cryo: I WILL FUCKING PRETEND TO LICK YOU LIKE AN AUTIST
Cryo: IF YOU DON'T GET THE FUCK OUT
Jhole: but i want you to lick me
Cryo: ...
Jhole: ....
Jhole: hah

Cryo: I think
Cryo: there's something more to this
Cryo: because
Cryo: who wants a furry to lick them
Cryo: and also have things in their belly?
Cryo: hmmmmmmMMMMMM?
Cryo: (things: living things/people)
Cryo: what do you have to say for yourself?
Jhole: hm
Jhole: arrest me officer
Jhole: im guilty
Cryo: hah


mintie: ??
Cryo: idk
Cryo: but it's true
Cryo: for steam awards I nominated Garfield Kart for GOTY
mintie: I mean gk is goty every year


Never draw with a mouse if you can help it. Please.
View more info
Currently Online
Badges  16 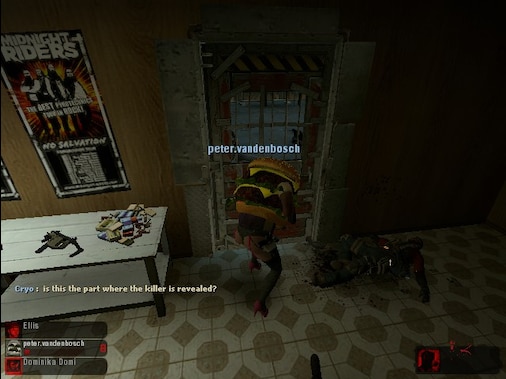 My most thought provoking question yet.