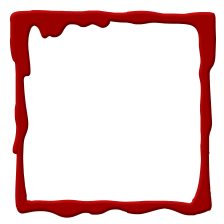 Recommended
0.0 hrs last two weeks / 2.4 hrs on record (1.0 hrs at review time)
Product received for free
As a big fan of this game, I'm absolutely gonna recommend it. And thankfully Throwback were cool enough to use my build of the game for this release, which is the rarer "Powerslave" (not Exhumed), with the issues the original version have fixed like the strafe speed issue, C key not working, and a few, and dosbox settings to match how the game was intended to run on older hardware. They also configured this release to work with the redbook audio. I made a text document with the audio CD track listings, which they also included in here in the directory, as well as a scan of the game's manual with it.

For the game itself? Well, this is a painfully underrated Egyptian themed FPS on the legendary build engine. I made a HUGE hour long review, complete with the unboxing of the insanely rare big box of the game, history and differences between this and the console versions, and lots of other stuff. TLDR This game is awesome and you should give it a shot without anyone's unfair bias getting in the way. but if you wanna hear my main thoughts in detail then read on.

This version is often unfairly credited as being a "boring" game compared to the PSX/Saturn versions which were a bit more akin to a Metroidvania. While that version had that going for it, it almost always seems to overshadow this and I don't think that's really fair. This is almost an entirely different game. It has linear levels with less backtacking, but the levels in here are some of the best designed levels EVER, let alone on the build engine. I'm not exaggerating, alot of the levels in here are some of the biggest to grace the engine. These levels all have a very smooth flow and sense of progression like Blood, but most of these are just MASSIVE in size and will take upwards of 20-40 minutes to complete. NO other build game aside from Ion Fury has been able to top the sheer scale of these levels, not even my personal favorite "Blood". This is utter black magic when you consider the fact this game was done on a early version of BUILD, one that was put out even BEFORE Duke Nukem 3D. So its missing some of the engine features that game had, yet every single level in this game is bigger than the ones in those. This is where this version surpasses the console versions; they don't have levels designed nearly as good as this one, but at the cost of the branching paths and deeper exploration. It should be noted there are a few levels out of the 20+ that have some pretty confusing moments, but they feel rewarding once you complete them. After a first time playthrough those aren't too bad. The atmosphere is top notch and you really feel like you're some treasure hunting egyptian explorer.
The weapons are all fun to use and remain useful all the way through the end of the game. Exclusive to this version are red skulls that mummies can spit at you and home in. Though these instead of dealing damage, actually turn YOU into a mummy with a staff that acts like the BFG of this game. You have to attack and cant jump or anything when this happens, but when you do attack, you slam the staff down annihilating everything in front of you, and you let out a badass laugh that reminds me of Corvus from Heretic when he gets a new weapon. This version also has exclusive one liners to match the other build engine brethren. I also prefer the deaths in this version across everything. The console versions have all the enemies immediately gibbing which makes it feel kinda artificial, but in this one they can have normal death animations, or gibs depending on how much damage they take. Piranahs when sliced with a machette underwater, die as float down into little slices which is a super satisfying touch. You also have 4 different death animations; normal, gibbed, burned, and drowned. One thing I see people complain about is this version having a lives and checkpoint system, which I can honestly understand. Though, I think it works well in this game because of how the levels were all designed with that in mind. You cannot save your game and instead have to complete the level to where it automatically saves in your file. There are scarab beetle checkpoints you can find and respawn at when you die, usually placed after tough areas so that you don't have to repeat them. This adds a level of challenge to the game especially the first time around, and gives a pretty big threat/incentive to not let yourself get killed. And the music... my god, is some of the best I've ever heard in a game. They fit the egyptian theme perfectly and are all beautiful and super catchy.

I also am baffled that people consider "Redneck Rampage" a part of the big four on the Build engine. That game is cool but cmon, it's broken beyond belief in alot of places with some really poor design choices. This game triumphs it in every single way aside from humor. Why doesn't anyone ever give this game the credit it deserves? Because everyone thinks the console ones are more interesting. And while that might be true, that should NOT diminish this version's reputation, because it's still such a good game that should be played by fans of 90s fps. Give it a chance! After all, can't go wrong slaying mummies and Anubis' dudes in Egypt.
Do you recommend this game? Yes No
Cancel Save Changes
Was this review helpful? Yes No Funny

VaporShade Sep 9 @ 7:00pm
As a fan of build engine games, PowerSlave DOS is a hidden gem.

⛧RETRODEATH ⛧ Jul 28 @ 1:28pm
No problem!
And oh god we'd be here all day hahaha. I'll add you and shoot you a message with some reccomendations and youtube links.

Off-topic: Can you recommend me some black metal bands? I didn't really listen black metal (mainly thrash, heavy, power, glam, death etc.), so, I don't know any good bands when it comes to black metal scene.

⛧RETRODEATH ⛧ Jul 28 @ 3:11am
I'm not sure if the gog version has been updated with the fixes or not yet, but yes they're the same.

bfRheostat Jul 28 @ 1:05am
I was looking for this one to come to Steam since it got released on GOG. Is Steam release same as GOG's?

Yep, that's the dehacker!
Basically, it adds some quality of life improvements to the game that were pretty much needed back then. The biggest one is that the original had some weird issue with the speed of the strafe left/right keys, where it was extremely slow. Not sure how that happened honestly but luckily it's fixed now with this thing. :P