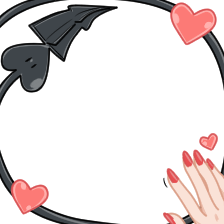 Recommended
46.2 hrs on record (35.5 hrs at review time)
This game is essentially a facebook game, and it will probably only appeal to a select few. It's like a memory game with guns, with some sexy firing animations to break up the monotony. There is a lot of grinding, but most of it can be avoided by simply mastering the hourly quizes which will net roughly 1/3rd of the experience required for the best gun each time you take one. The best thing this game has going for it is the developers, who are probably some of the most active I've seen for any game. Just look at the Steam community forums, they respond to pretty much everything.

I would love to see camera hotkeys similar to Starcraft where you set hotkeys to a predetermined camera state and more historical guns (let's face it most of the polymer pistols feel the same).
Posted July 3, 2014.
Was this review helpful? Yes No Funny

Recommended
3.2 hrs on record
This game is what a real adventure is. Controlling both characters is cool too.
Posted March 13, 2014.
Was this review helpful? Yes No Funny

Recommended
4.5 hrs on record (2.9 hrs at review time)
It's hardly a game, but it's a pretty good story. The sound sets it apart though from other visual novels. The sound of the rain, the sound of Hanney eating biscuits, and even the Scottish dialogue that I could only understand half of really pulls you in to play another chapter.
Posted March 13, 2014.
Was this review helpful? Yes No Funny

Not Recommended
5.0 hrs on record (3.7 hrs at review time)
I loved the game, but the minigames (that are required for story progression) are far to difficult for a ♥♥♥♥♥♥♥ point and click adventure.
Posted March 6, 2014.
Was this review helpful? Yes No Funny

Recommended
8.1 hrs on record
Learning how to fly is frustrating, but once you figure it out there is nothing more relaxing than just floating in space in your lunar lander. Just get some good ambient music as the in game soundtrack is very limiting.

The VR cockpit is nice and shows more information than the other views; I just wish it was complete and showed your pilot information rather than some random guy's named c3c1l. Also, the guy holding an xbox controller in the cockpit feels out of place. I wish there was more you could do with the money, because it stacks up quick after you upgrade your lander.

im a pretty princess
Posted February 24, 2014.
Was this review helpful? Yes No Funny