This user has also played as:
Nikola Kovač 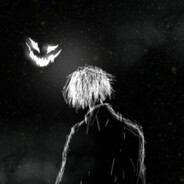 sappfirskiy
Offline
NIKO
2011
NiKo played Counter-Strike 1.6 at this period. His first professional team was FullProof. During this time he played in a number of teams including eu4ia, neWave, maksnet and DEFUSE.maksnet.

2012-14
His first Counter-Strike: Global Offensive team was iNation. He shuffled through myDGB, e-Sports.rs, Team Refuse, GamePub and aimface while taking breaks from iNation.

2015
His impressive performance with iNation gained him notoriety throughout Europe. Finally mousesports signed him in March 2015. That led to a sensational rookie run where his team was often dubbed "Nikosports" due to his amazing individual performances, with one of them being his deagle ace in cache.[1]

2017
In February 2017 he was acquired by FaZe Clan to garner together a star-player team. Kovač's first big tournament win was at StarLadder i-League StarSeries Season 3, followed by a winless period of five months with a near miss at Esports Championship Series Season 3. Following a re-shuffle of the FaZe roster, bringing in the two best players of 2015; Olof "olofmeister" Kajbjer Gustafsson and Ladislav "GuardiaN" Kovács,[2][3] FaZe was rejuvenated and managed back-to-back flawless victories at ESL One: New York 2017 and ELEAGUE CS:GO Premier 2017. Following this, the team went two months without a win before taking the Esports Championship Series Season 4 trophy over mousesports at the end of the year. He was ranked in #2 in the year end HLTV top 20 and had a rivalry with coldzera throughout the year.

2018
Falling just short in ELEAGUE Major: Boston 2018, the first Major of 2018,[4] the team then entered another lull, this time with Richard "Xizt" Landström standing in for olofmeister, until they managed to take home Intel Extreme Masters XIII - Sydney, and shortly after, managing to win ESL One: Belo Horizonte 2018 trophies at the beginning of the summer with Jørgen "cromen" Robertsen as a stand-in. In October 2018, FaZe came first place in the EPICENTER 2018 event in Moscow, Russia, making this his seventh first-place victory at a premier event with FaZe Clan. He was ranked No. 3 at the HLTV top 20 even though he had better stats than #2 ranked dev1ce.

2019
The team went through a number of IGL during this time after the removal of karrigan last year. By the end of 2019 Faze's trophy count had gone up to ten as they won BLAST Pro Series Copenhagen. But they couldn't reach top 4 of either of the majors. Statistically this was the worst year of NiKo's career as he had picked up IGL duties and he finished outside of the top 10 for the first time since 2016 in the HLTV top 20.

2020
2020 marked another victory for FaZe and now IGL Kovač, as they won the European division of IEM New York 2020 Online over OG.[5] On October 28, 2020, after a three-and-a-half year venture with FaZe Clan, Kovač was acquired by G2 Esports and was united with his cousin huNter.[6]

Without the IGL duties to perform, NiKo was back in his old form again this year and was ranked No. 4 in HLTV top 20.

2021
He led his team to the grand finals of the PGL Major Stockholm 2021 but lost to a dominant Na'Vi team. They had also been runner-up to the same Na'Vi team at Intel Extreme Masters XVI - Cologne earlier in the year. He went through a career best run in the second half of 2021 with CSGO's return to LAN. He finished third in the HLTV top 20, behind ZywOo and S1mple.[citation needed]