This user has also played as:
You Feeling It? Artwork
500 XP
"If you have an idea that you genuinely think is good, don't let some idiot talk you out of it. Now, that doesn't mean that every wild notion you come up with is going to be genius, but, if there is something that you feel is good, something that you want to do, something that means something to you, try to do it, because I think you can only do your best work if you're doing what you want to do and if you're doing it the way you think it should be done, and if you can take pride that after you've done it, no matter what it is, you can look at it and say 'I did that and I think its pretty damn good.' That's a great feeling, so don't like idiots talk you out of something that you think is good" - Stan Lee 1922 - 2018 [i0.wp.com]


A proud twitch affiliate [twitch.tv] since 20/07/2019, started streaming in May 2019, I love to stream horror games and for some reason people love to watch it, also down for a laugh as well. I am an amateur graphics designer, I have made a fair bit of Twitch panels, overlays, offline screens ECT and starting on custom steam accounts, I am always looking to better myself in graphics design and improve where I can, so feedback is always welcome!

I don't really play games that require steam friends so I most likely wont accept most incoming ones unless we've spoken outside of steam, EG games or discord, but eh add me if you want.

Yes I am level 180+, its mainly just buying random trading cards and crafting, also yes, I have been VAC banned, think its degrading and you don't want ANYTHING to do with me, cool, go somewhere else, I don't care.

"Reeeeeeeeeeee you have an anime profile that you stole online" First, anime is super hella cool and idk what you're talking about Mikasa will back me up, I have her body pillow huhhhhhhhhhhhhhhhhhhhhhhhhhhhhhhhhhhh, and second, its not "stealing" because its just a copy, its "plagerising. plagorizing, plugerorising?" its illegally copying someone elses work!

Also, if you feel the need to comment just to spread hate, I'm cool with that, lots of comments make my profile look cooler, so feel free, you wanna come to my stream to spread hate? Could always use the extra view, I stream most week nights unless I have a big stream planned, however I try to stream Horror games every Saturday or Friday night, if you really wanna hate on me, my donation and follow alerts are jump scares, however its a minimum of $1.50 to donate, AUD of course.

I do have Overwatch but I really couldn't careless, tbh its a shitty and broken game, but hey, THATS JUST A GAME THEORY.

Anything else? I guess so, I legit ONLY play Siege, but yet I own 220+ games, I made a guide on steam just to flex all the Black Ice and Elite skins I got on Siege, go check it out, "BuT sPeNdInG mOnEy On CoSmEtIcS iS sTuPiD" yeah, never asked for your opinions, "YoU'rE jUsT cOmPeNsAtInG fOr YoUr LoW rAnKeD kD" Nah, I don't play ranked, I'm just compensating for my small dick.

Dudes honestly, I've given up on worrying about dumbass' online, idk but their homelife must be either really toxic or they have legit mental issues and need serious help. Rainbow Six Siege is a godsent of FPS TDM game, it has a small range of gamemodes consisting of Hostage, Bomb Defusal, and Secure. But, you're guaranteed to find a map that you'll love, if its small and enclosed or wide and open. Upon entering a game, you'll be prompted to choose an operator (Given you're attacking or defending), you can choose from a wide range of operators, some of which need to be bought by either grinding the game or just paying for it (Either way, you're losing your money or your social life), every operator has different aspects and none of which are similar. Then you have to fight and win wave by wave until one is claimed victor.

Pros!
*Amazing graphics, even when you're playing on a potato
*Game can run on decent frames while on a slow PC or laptop
*The game has a huge diversity to suit everyones play style
*The game is constantly releasing new and FREE content constantly, either new maps or operators
*The game is made to perfection!

Swing either way!
*The game has a super realistic feel, you take a lot of damage easily and requires teamwork to get to right feel
*The game has a very limited time scale that causes quick thinking and delicate timing to pull off amazing plays

Cons!
*For older generation Hard drives, maps generally take a while to load, often causing long queue times even once in a game, this can lead to people leaving the game early or just generally ruining the hype mid game
*Due to this game being so hugely popular, the game itself has gained a reputation of hackers that can, and most likely will, ruin the experience for the opponents and in some cases, their own teammates.
*Due to the ability to die in a split second, when first starting, there is a huge learning curve, new players don't know good positions and often PVE doesn't supply a good practice. This can leave to new comers not wanting to play the game in the long run because they aren't fully capable on learning the game in the normal way.


EDIT. The Ubi team are constantly listening to community feedback, not just those of high-value EG proleagues, and changing the game to feel more inviting. Also, they release some pretty sweet events!
View all 1 comment
Favorite Guide 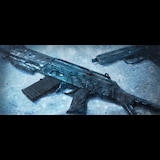 All Black Ice and Elites I own
Created by - Mellow

how to get 100% chance of Alpha pack
By Mellow

"How can I not be scared?"
By Mellow

Is the diamond camo really worth it?
By Mellow
6
Guides
3
Followers
Badge Collector