This user has also played as:
Jag 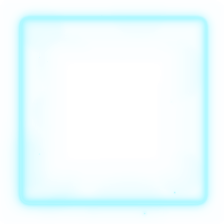 Community Leader
500 XP
Strike Me Once, I’ll Strike You Back!
Read my bio before adding me or commenting, I don’t accept random adds, don’t add me and/or comment for trading, and no immature comments.
View more info
Currently Online
Profile Awards  7

Who I am:
I love to play games along with my friends and same for being there for them as well. The Jaguar itself, resembles my spirit. I am one that shows honor to people around me that also know to show honor back, which is a sign of respect and friendship, and noble virtue. I respect those that help me, and I support the ones that are pure of heart, whether if they are pro gamers, funny jokesters, or even furries, I support them the best I can. I like video games, music, Pokémon, ponies, and hanging out with friends. The Jaguar sees all with a glowing eye, and knows who and when to attack!

Friend Request Info:
If you are wanting to add me as a friend, you need to be someone I am able to trust and cooperate with, for I have many reasons why I have said this and am laying this down.

I am someone who has had a very rough and serious past, and what I have here is a guide with rules that I am laying down to be sure that the past doesn't come back, so read these rules before adding me.

-You first need to be someone I can trust, one that I can cooperate with, along with knowing who you are that is adding me as a friend, without any bad intentions or immature motives by yourself or for someone else.
-If you are adding me, you must NOT have your profile private, and same with your friends list (I need to know who you are, if we met before, and that I'm able to trust you)
-I am a being of honor and respect for those around me, and I will not be nice to those that take advantage of the vulnerable, whether it's physical or mental. This means I will NOT friend anyone that constantly bully others just for their own amusement, for that is a huge way to lose someone's trust and respect, and trust me, I have been through this before, recently, and even my entire past.
-I don't want to accept requests from people that just want to trade, because I don't know who they are, or what they want, and some might even try to scam me or someone else.
-You must be someone that doesn’t and has never done anything bad to me in the past, whether it’s bullying, scamming, or griefing. Some who do it may not believe this, but cyber bullying and griefing is a common way to annoy someone, make someone miserable, or even lead to suicide irl, and all that DOES EXIST, and no matter how many times one denies it, that it all exists is the COMPLETE TRUTH, so don’t bother adding me if you are just going to do any sort of griefing on me.
-If you are someone that is adding me just to do bad things to me or someone I know, you will NEVER be accepted by me, and you will most likely be blocked, reported, and will also never get any response from me again.

If you want to get to know me, and want to be friends, be sure to follow my guidelines, for I’ll know who will and will not follow them.

2,349
Items Owned
Some Things About Me
The Jaguar's Motto
Strike me Once, I'll Strike you Back!

Best Friends
1. Blu Kuu - best friend and one that I feel a deep connection with
2. Pichu - Cute electric mouse who I love to have fun with
3. Nezom - Best bud and my favorite shark
4. Babbuwawa - One of the kindest friends that I have gotten to know, we talk from time to time, and he's also cute, modest, and is honorable as well, kinda reminds me of myself
5. Alexis - One of my first friends, a best bud, and a rad Snivy
6. Pinka - pink friend and ally who has some things in common with me
7. Major Payne - Good Pony friend, we talk at times and get along very well
8. MiaBat - A pro player and friendly ally, in both mvm and friendship, and cute bat pony
9. Fennelos - A cute purple Fennekin who always wants the good stuff
10. Incineroar - Vorish Firecat Pokemon who is both cute and tantalizing, and we do mvm at times
11. Marechal - A pro player; we do mvm together at times
12. Vision Spire - a very nice and true friend, is also a favorite legendary Pokémon, Victini, very cute too.

Personality:
-Nice and Caring (I respect those that show respect back)
-Somewhat Shy (I open up to those that are nice and meaningful)
-Socially Awkward (it sometimes gets hard to talk to people)
-Sensitive at mental level (I don't tolerate those that mentally attack me)
-Helpful and Motivational (I support those that actually need it)
-Confused at some points (hard to understand sometimes)
-Honorable (I show honor to those around me, meaning I respect all players that know it)

What I like:
Popular Music (I like a variety)
Dancing (it's a passion)
Video Games (definitely)
People who are nice (no negativity here)
Computers (I know that well)
Pokémon (I’ve been a fan since I was a little kid, and I still am)
Ponies (Yes, I’m a brony, I know)

What I support:
Youtubers (StBlackSt, NISLT, TheInvertedShadow, channels of friends, etc)
Furries (I don’t understand the way of a furry, but I support them because they’re people who just want to be themselves in a different way, and I won’t judge that)
Achievers (I help people gain achievements when they struggle, and sometimes they help me back)
Friendlies (I won’t harm a friendly, they just want to have fun)
Honorable Players (Honor is a sign of friendship and loyalty, I like players that have that in their heart and soul)

What I despise:
Bugs (insects are a total phobia)
Spammers (don't send me trade offers unless I know you, and NO IMMATURE COMMENTS)
Bullies (I don't like people who tease others, so don't add me if you're just gonna do that)
Scammers (Tricking people to get their items is totally wrong, those people earned those items rightfully, so I do not want to tolerate scammers doing terrible acts against me, or against other honorable players)
Cheaters/Hackers (People that want to cheat in games, like aimbotting and such is no way to play and isn’t fair, and those that hack as well, whether it’s the game or other players, that is a big mistake, so hackers will most likely never get accepted by me, and they should get banned from steam)
Harassment (this is a big issue, and it happened to me before, so no harassment, otherwise you will be blocked and reported)
Griefing (this one is a big issue too, and one I hate the most, meaning I don’t tolerate those that waste their life constantly annoying others because they think it’s funny, cause it’s not, so don’t do any of that crap to me or I’ll never trust you again, and you’ll most likely never get a second chance)
Swearing (I'm too nice to swear, but I don't like being sworn at)

That's all you can know about me, based on what I can think of for now.
Video Showcase 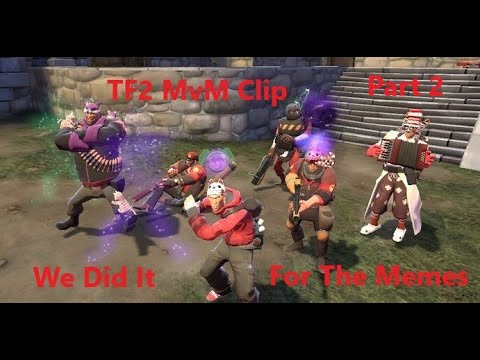 TF2 MvM Clip We did it for the Memes Part 2 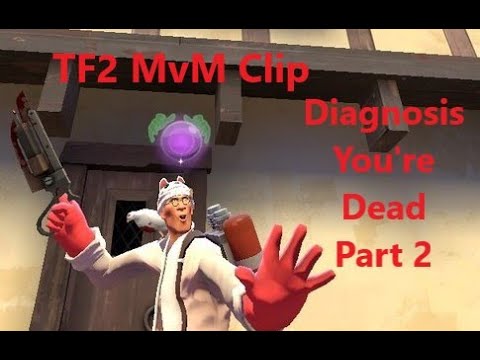 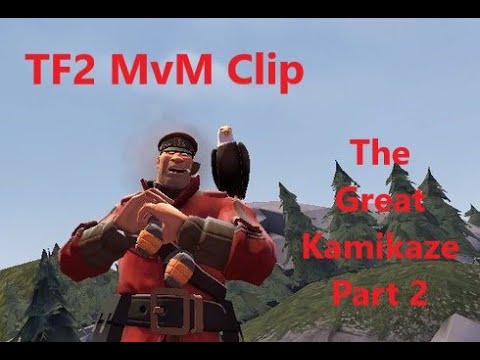 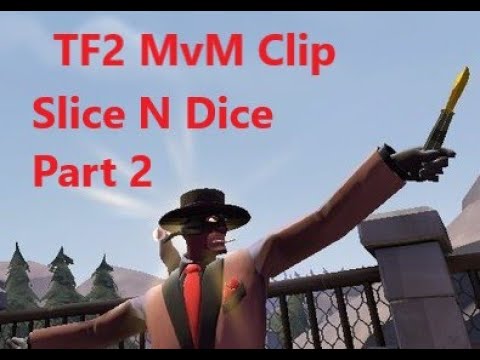 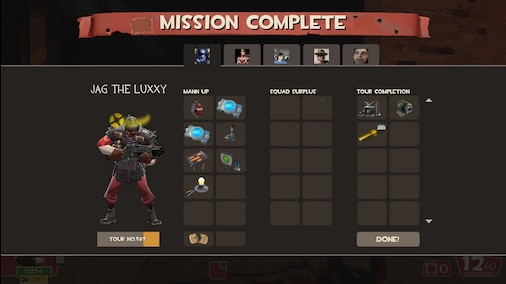 An early morning start led to another Australium Scattergun! I love that weapon! 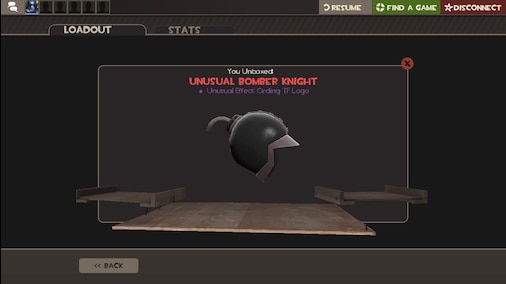 My 1st Unbox of the day leads to my 1st Elite Unusual Unbox! I Love It! 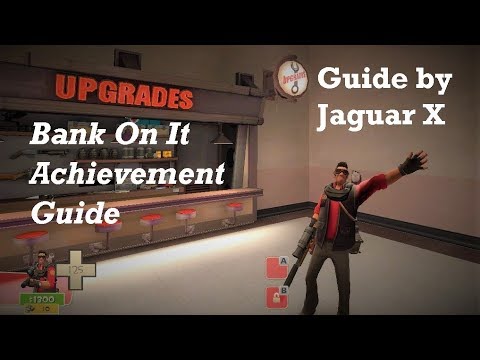 How to get the Bank on It Achievement in TF2 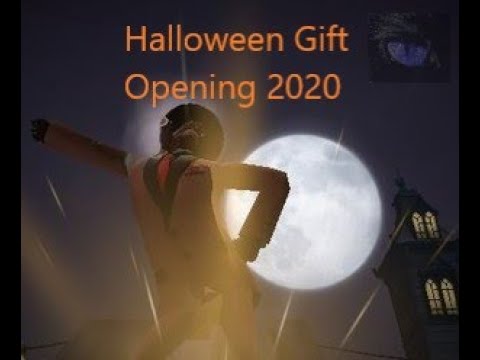 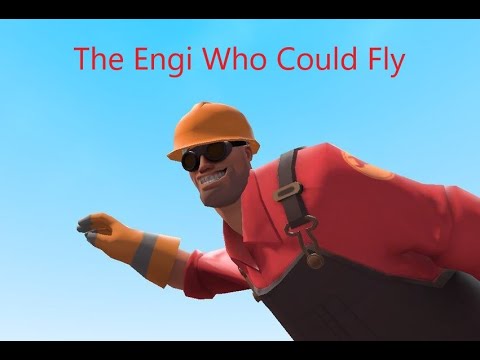 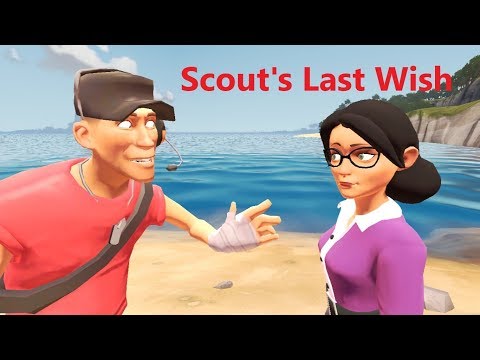 Wolfenox Aug 17 @ 7:38am
He trusted my pyro. I thank him deeply for trusting me within mvm newbies.

justin Jul 23 @ 11:55am
cool Luxray used to be one of my must have back on pokemon diamond
big shoutout for that