This user has also played as:
Duck Dealer Steam Grand Prix 2019
10,100 XP
.::I don't accept random adds, I only trade if I'm giving out ducks, and no, I don't care if you're a friend of a friend. Also, no, I don't have a trusted friend online. Yes, my unusuals are (mostly) clean, and no, I did not dupe them myself. I bought most of them from the market. So it makes no difference to me. Thank you.::.
I am the first steam Duck Dealer.
Honestly surprised by that XD


I main Soldier, Engineer, Pyro, and Scout (in that order)

Backstory:
When The Duck Dealer was a child, his home was attacked by a bounty hunter, killing his Mother and Father (who may or may not have been involved in Mafia activity), leaving him and (unknowingly) his sister alone. His sister stayed with him, and even bough him a plush duck (Which he named Duckles and kept with him to this day), until one day losing him, striking her with fear until she turned that fear into anger, and became Trickshot. But enough about her. Afterwards, The Duck Dealer took care of himself, stealing pocket change (getting caught various times), and made a living for himself until he raised enough to move to Australia, where he met Saxton Hale, who, upon seeing his "being a dickhead" skills, gave him a job as a merc...And then shoved him into a Pyro costume, turning him...mostly insane. Except instead of crazy magic shit, he craved ducks instead. One day, he met up with Merasmus, who, appreciating his love for ducks, freed him of his Pyrovision and helped him become...THE DUCK DEALER. Along the way, The Duck Dealer recruited an Engineer named Chris Harrison in a new group named Duck Team. Eventually, Saxton learned about this group and fired both Chris and The Duck Dealer before figuratively and physically kicking them out of his office. This didn't stop them, however. Chris helped The Duck Dealer with Duck Team until one fateful day...

...But that's a story for another time. 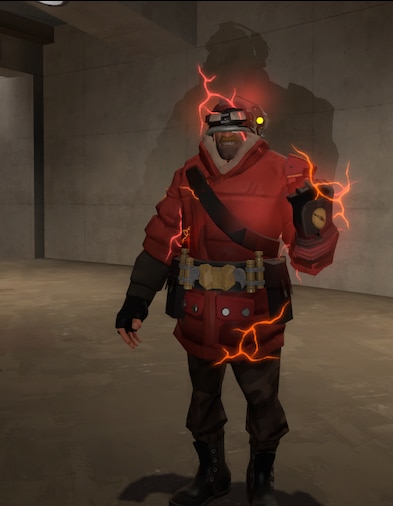