This user has also played as:
Nicolas 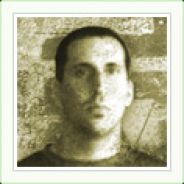 - Ranked 1st on ESL French ladder for a few weeks with AiB.
- AiB team has been unbeaten on lan, in our region ("Alsace") for 2 years. Our secret ? We went to bed at 11PM.
- Played and coached Alsace region team in the ESL "inter-région" championship in 2004 (if I remember well).
- Qualified for the ESWC and WCG french finals in 2003. Our sponsor payed the hotel + train tickets. At that time, we were leaving the beginning of e-sport as known today.
- Played for AiB with a former 'team France' player (s0mbry), and after a few monthes he told me : "guy, your the MIP of our team"
- One of our team manager (McLane) took part in a TV reallity show called "Marjolaine et les millionnaires". He was one of the 5 last challengers.
- On lan, we played a match with "panty hose" on our heads (on T side, of course).
- Used to sometimes play mix/practice with/versus the french top/subtop teams. #*w* was your "private" channel on IRC. People had to be co-opted by others to be able to join the channel.
- I meet the famous french player aAa-bisou once during a random party with 30 poeple near the "Seine" in Paris. When he started to say hello to everyone, I told him "Hi aAa-bisou" when we shaked hand, then I saw the "WTF ?!! :D" in his eyes.
- Once on lan, I left my team (L-oOk-) for a few hours because I had to play a basket-ball match 100km away from the lan place. I missed one or two pool phase matches, but my mates passed the 1st stage anyway.
- With L-oO-K, during a semi-final match: we were playing on-stage... we were really hot and were leading the score board. A random guy unplugged our electrical multiple socket by mistake and our 5 PC's turned off. We finaly lost the match.
- In 2002, I meet "MoMaN" french player / coach / twitcher. We won against his pickup team. Then he talked to us some strange stuff... I told to myslef... "I don't know who the hell is this guy, but he speaks A LOT !"
- During WCG 2003, I saw the famous "ElkY" Starcraft pro player (1st french Starcraft player in to play in Korean pro league). He came on stage with a cosmonaut suit and fireworks. Then he lost versus a guy in short.
(ElkY now plays poker and won over 13 million $)