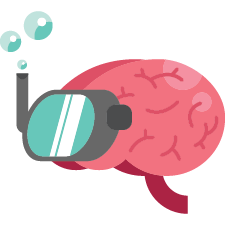 Not Recommended
0.0 hrs last two weeks / 42.6 hrs on record
Early Access Review
I supported this Hell Let Loose since day one on Kickstarter and I was looking forward to it more than to any other game, but the devs just trashed everything it was worth buying for.

When I read the Kickstarter campaign of HLL almost two years ago I was really hyped for this game, it sounded like a good alternative to Post Scriptum (which is bascially a WW2 aquivalent to the game Squad). Especially the game mode where the whole map is divided into capture sectors was a refreshing mechanic and turned out to be a lot of fun during the first backer alpha. The game was quite barebones but met my high expectations.
Apperantly some players didn't like the slow tactical approach and complained in the forums about that there was too few action.
The devs then decided to, as they said, "temporary" limit the map size for the next alpha until vehicles find their way in the game.
In the following playtests the map size wasn't adjusted any more and the devs announced the smaller map size to be their standard from now on.

After that they also trashed the whole game concept (their only game mode at this point) and replaced it with a normal capture mode (Conquest with specified cap order). That leads to much more action while the teamplay suffers from it. Also flanks are not worth it any more as the map size is too limited, so you will most likely get spotted very early on. If you once make it somehow, your self placed spawn points will be trashed by the game itself if you lose a caputure point when that spawn point is behind enemy lines now. What the .... ? This is some horrible game design right there.

The game really lost it's whole point when the devs decided to give up their vision of a slow tactical ww2 game. I don't know what has driven them to such decisions but it probably must be a combination of complaining casual gamers and the publisher (who was announced to be their publisher some months ago).
HLL has become a boring, action focussed mess like a Battlefield game on slightly bigger maps. This is just a huge disappointment.

I'm aware that my opinion most likely doesn't represent the majority of players, but I just wanted to warn potential buyers who were expecting a tacical and teamplay oriented ww2 game like it was advertised in 2017 on Kickstarter.

I really wanted to like this game - and I did - until it has fallen victim to the mass market.

I didn't give this game a negative review because it doesn't fit my type of games (I wouldn't do that cause it's not fair in my opinion), but because it was advertised as something that it's not anymore now.

And by the way: Insulting others or me does not support your arguments, you just make yourself ridiculous. You can have a discussion but there's no need for insults. Thanks.
Do you recommend this game? Yes No
Cancel Save Changes
Was this review helpful? Yes No Funny

Jono 9 hours ago
Thanks for your honest review. Im interested to see this play out as i played post scriptum but the player base just dropped off, and any server with players had passwords. The devs may be correct in their choice to keep the game alive.

Also People like MR>Micheal should just play call of duty if they're too tired to play a slower more tactics based game. He will never know the feeling of hunting down a tank a couple blocks down the road. and ordering squad members to cross the road one at a time and take up positions. And ultimately btfo a tank who didnt see it coming. Its slower but more rewarding and memorable.

Lenni Dec 24, 2019 @ 5:45am
My experience was very different; If you're a tank squad you still have to drive longer distances to the frontline, especially when more than half of the map is under your team's control. It doesn't feel too small to me, only in edge cases where you literally fight on one edge of the map. But that was only once on the map Foy which they overhauled recently to have more cover in general and only when we didn't have a commander for a longer part of the match. So once in 50 hours on one map, that's not bad. There's 2 gamemodes in the game right now. One with a definded attacking side with every new point resetting the timer to 20 minutes. And the classic tug of war mode. Both modes have their purpose in the game right now.

Cocheeese Oct 15, 2019 @ 9:37am
The hardcore game you envisioned (Alpha) had a low fun factor because it would have almost no front line and very sporadic fighting. That became obvious as the game developed largely because there is a hard cap of 100 players. There are also other gaming considerations and the competing market to consider.

"HOW REALISTIC WILL IT BE?

We're aiming to make a game that mixes the high-intensity carnage, weapon mechanics and brutality of Red Orchestra 2 with the operational, supply and construction mechanics of Project Reality beneath the meta strategy of a game similar to Company of Heroes.

We prefer intense, terrifying and intelligent instead of long, tedious and boring."

E. Papa Oct 12, 2019 @ 9:35pm
Thanks to free weekend, you may have noticed that this game is not worth it's price. If it was free to play, maybe. The game wants you to play against your own will so if you won't follow orders of some semi-idiot then this ain't worth the time.

Middleway03 Oct 12, 2019 @ 6:13am
I think they should add more vehicles, not just the tanks. Then they could make the maps larger, because then it would be easier and faster to get to your objective. I think that if they did that, I would play a lot more.

Anar Kay Jul 29, 2019 @ 4:01am
reading the insulting in the comments proves my opinion of the player base. This Game may be as good as you want, the players are the main problem, as the comments of some fanbois prove.