This user has also played as:
Greg 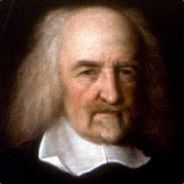 Duke Nukem Forever
24 Hours played
Go buy this game. I've bought it twice (once on PS3 and again on PC) and I've played it through twice, and am partially through my third time. It holds up. It's fun. What more could you ask?

Also, the action is solidly fun through the entire game. The shooting feels good, and it has all of the elements of more popular shooters (such as Doom (2016)'s executions) before they became cool. This game came out before everyone started raving about "throwback" level design, so it got lambasted for being, basically, a more polished version of Half Life 2 with a coat of comedic paint thrown on.

The comedy is low-brow, I'll grant you. Again, we see that Duke came out just a few years too far ahead of his time. I mean, he's less debauched than the new Deadpool movie, and that did pretty well by critical standards.

Sometimes someone needs to break ground so other people can be successful, and they take their lumps for it. Duke Nukem Forever is one of those games. It did a lot of things that everyone is all too pleased to rave about in popular entertainment today, but it did them before they were considered cool.

Not that this game is for hipsters. I don't think Duke Nukem would come within a mile of someone drinking Pabst Blue Ribbon or some skunky craft beer.

UPDATE: I'm just adding a plug for the DLC, which is also good and worth your time, if you're a fan of The Duke.
Leave a comment
View all 13 comments < >
Comments