This user has also played as:
Kite Dragoon Badge
500 XP
Welcome to my profile. Please do not add me without leaving a comment why! 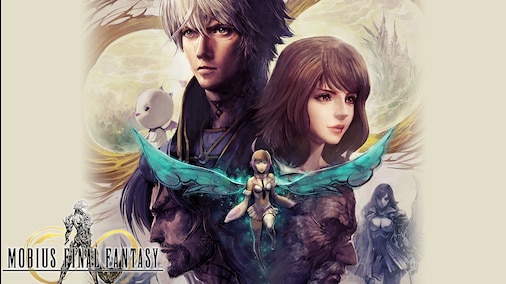 MOBIUS FINAL FANTASY
1,028 Hours played
Four years. That's how long I've visited Palamecia, and it's hard to accept it's about to close down forever. It represents one of SquareEnix's most risky ventures to date: The creation of a top quality mobile game in the Final Fantasy universe. If you happened to put this down thinking it's just another gatcha game, my condolences. You've missed out on quite an incredible experience. Final Fantasy Mobius was an experiment that dared to push the boundaries of what could be crammed into a mobile game, and while its loot box elements can be rightfully detested, the level of quality and care put into its core components truly raised the bar like never before. There has been, and currently is, no worthy (mobile) successor to this game, among anything SquareEnix has made, or its competitors.

Notice: The game shuts down June 30th. If you've started, do everything you can now.

https://steamcommunity.com/sharedfiles/filedetails/?id=1668882580
What Mobius Did Right
✅ Stunning visuals. The best looking mobile game of its time
✅ Simple, turn-based battle system that hides a wealth of strategic options and unique enemy gimmics to overcome
✅ Fully voice acted cinematics. 50hr+ campaign
✅ Franchise tie-in events: FFVII, VIII, X, XIII. All of the stories are canon. Creatively recreates the original systems inside the mobile framework: Command Aeons in X, shift paradigms in XIII, draw and cast in VIII.
✅ Incredible soundtrack. Honestly, tied for best of all time
✅ Gallery-tier professional artwork for card illustrations
✅ F2P friendly. I'm no fan of gatcha, but it was not hard to pull important banners and get the good jobs. However, this required careful research and self-control. Premium currency was farmable monthly, and given freely in events.
✅ PvE multiplayer was easy to slip in and out of on the fly
✅ Titles. A later introduction that served as stat-boosting in game achievements.
✅ Optional high-difficulty areas and challenges kept the game interesting

https://steamcommunity.com/sharedfiles/filedetails/?id=1225885346
What Mobius Did Wrong
❌ Lack of advertising. Few people know this game exists.
❌ Lootboxes. (Initially) opaque draw rates. Terrible odds to draw important and necessary cards
❌ Outdated cards remained in draw pool for a long time, devaluing pulls
❌ A trap for collectors and completionists. Many limited time cards never returned. Regions were removed from the game.
❌ Constant need to connect and sync after every little scene, battle, and change of location. Basically, loading screens everywhere
❌ Overused NPC models, character animations, and low-res environmental textures. Admittedly, these are consequences of space limitations on mobile
❌ Login issues (players locked out for weeks a year ago), crashes, attempts to reinstall 5 gigs+ of data on mobile even today. Something about the coding and compatibility seriously needed to be addressed.
❌ Crushed under the weight of its budget. More on this below.

https://steamcommunity.com/sharedfiles/filedetails/?id=1568536966
Mobius is a legitimate entry in the Final Fantasy franchise, incorporating familiar elements: A nameless protagonist goaded into becoming the Warrior of Light (hereby referred to as WoL), Cid, Moogles, Chocobos, Tonberries, and much more. It takes place on a planet called Palamecia, which is threatened by a reviving evil called Chaos. But there's more to the tale than that: Chaos gives rise to despair, in turn, the Warrior gives people hope, and that hope is then harvested and sent off to worlds unknown. In Season One, you break this cycle, and in Season Two, you witness the consequences.

WoL is not your typical FF protagonist. He's sarcastic and cynical throughout the adventure, constantly expressing doubts as to his role and purpose. And rightfully so--the people mindlessly obey a so-called prophecy, and it seems everything he does is made to fit the narrative. As it turns out, there is a third party pulling the strings, and this confrontation comes to a head in the game's penultimate climax. Throughout this time, you'll meet heroes who join your cause, befriend former enemies, and even meet a handful of fully-fleshed out franchise cameos by way of collaborative events.

Mobius is a turn-based RPG with customizable decks. You choose a job, then equip 4 cards. Cards can broadly be classified into attack and support, but it's more complex than that. Enemies have two gauges: HP and Break. Very similar to FFXIII's battle system, you can try to deplete an enemies' HP directly, but if you break them, not only can you deal massive damage, you also stall them from taking turns.

Mobius' primary focus was its single player campaign, with not only a multi-chapter story, but also seasonal events, anniversaries, and franchise collaborations. Multiplayer was available, but only as PvE. Together with up to 3 other players, you could fight familiar summons from X through XIV, and earn additional cards and resources. Party balance required consideration of a support, attackers, breakers, and rarely, defenders (tankers). The game did have a competitive aspect, by way of battle towers. These were the true testing ground of the game, requiring a comprehensive understanding of the game's mechanics, debuffs, unique enemy gimmics, and stall tactics, to survive just one more battle. Most players never got to see this side of Mobius, but make no mistake, there was a real elegance in this game's ability to make its simple framework devilishly difficult.

All of the above sounds great, right? So why is Mobius closing? As egregious as it may be, this game does not earn enough to be worth the effort. When compared to Final Fantasy: Brave Exvius and Final Fantasy: Record Keeper, both games outperform this one multiple times over; They are 2D pixel games, whereas this one is full 3D cinematics, voice acting, pro-level artist commissioned illustrations. And we didn't even talk about the actual staff assigned to this game: Mobius boasts the creative directors behind everything from FF7:R to XIV, Chrono Trigger, and Kingdom Hearts... this wasn't some outsourced spinoff game. But to pay their salaries in addition to everything else, the money just wasn't there to justify its ballooning budget.

And then there's the matter of power creep. Mobius may have very well boxed itself into a corner by the end of Season 2. Enemies everywhere were being given "damage reduction" status, because cards and jobs were becoming simply too strong; Players saw the introduction of version 2 buffs and debuffs to outclass the existing meta. It really begs the question what the next move would have been, other than to merely raise the damage reduction cap even further.

Sadly, when Mobius shuts its server down, there will be no way to replay its story or experience its gameplay outside of Youtube archives. Naturally, players who invested significant funds into this game won't be getting anything tangible for those efforts, outside of the memories they've made. Once again, I find myself musing about the worth of games as a service. Do we really want to fund games with a destined day of demise?

Mobius was not a perfect game. But I look at its departure with a feeling of loss. Few games come close to its production values, its strategic depth, or its F2P accessibility. And those delicious collabs... who knows what creative twist would have been cooked up in the next cameo? One can only imagine.

Thank you Kitase, Toriyama, and the entire team at Square Enix for a memorable adventure. I look forward to your future projects...and just maybe, to meet our heroes once more.

Achievement Hunters: Impossible to complete solo. The exploration regions were removed 2 years ago, and after 6/30, will become unplayable. It is still possible to device share with an existing player's ID, but good luck finding someone willing.
View all 6 comments
Favorite Game 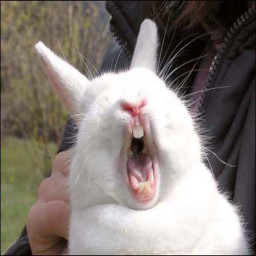 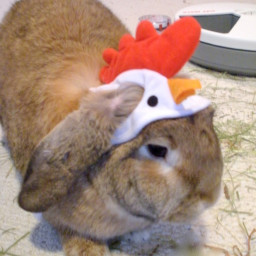 How to get 100 Prismatic Cards
By dotHacker

Ramoth Jun 25 @ 9:07am
Congrats on the steamgift win, adding to my white list and friends here

Xtreme Steel ™ May 25 @ 11:57am
May the auspicious occasion of Eid shower you and your loved ones with a happier and warmer today and tomorrow, I pray for your health and happiness, success and prosperity on the occasion of Eid… Hope your coping well in this current situation. Wishing you a very Happy Eid. Eid Mubarak <3

Mikaron Mar 21 @ 3:28pm
Good reviews on games that keeps me busy trying them out while being quarantined at home.

Xtreme Steel ™ Dec 31, 2019 @ 12:52pm
It's the start of a new decade (cause people forgot the year started at 1 not 0 :P ) Hope the new decade brings more happiness and success to everyone including you. Enjoy the new decade like no other. Life is short, make the most out of it. Don't waste it like how I am wasting mine :D
Chase your dream, follow your heart, do what your heart desires, treat others the way you want to be treated to, Follow the road of positivity and lead the way to glory. The Final countdown has ended. Are you ready to make history? The decade is yours to mold. Happy New year