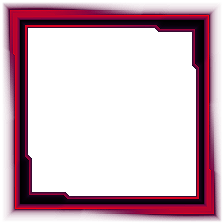 Rain World
152 Hours played
Rain World is an absolutely exceptional game I'm not afraid to call the masterpiece of the modern game industry.
Rain World is a well crafted combination of gameplay mechanics, philosophical ideas and charming aesthetics. This creation is unfair and absolutely is a niche game. It will make you frustrated and is not for everyone. For me Rain World became one of the most important video games of my life. Let's get to the point:


Here are some moments I still see as mistakes, bad game design choices or simply annoying, some of them are subjective, but some need real fixing:


Summing up my review all I can say in the end is that Rain World is definitely a special game that I truly consider a piece of art. It is one of the most important games of my life and I would advise anyone to at least give it a good try. Videocult, thank you for such a masterpiece.

What fate a slugcat?
Leave a comment
Review Showcase

Warhammer: Vermintide 2
1,797 Hours played
Vermintide 2 is one of the best action co-op games that sadly suffers from the lack of worthy support from the developers.
After playing it both casually and tryharding on modded content I find myself feeling done with the game, so this is an appropriate time to review it.
Vermintide 2 has one of the most enjoyable melee combat systems in game industry, almost limitless space for your improvement, charming main characters and excellent dialogue writing.
This is a game worth spending hundreds of hours on, but it's not without major flaws. Let's go through the points:


While I enjoyed the hell out of Vermintide 2 for the past years, the game has major issues that will get clearer the more you play this game:


In the end I can summarize Vermintide 2 as a unique and great co-op experience. While it suffers from major issues, it is still able to provide countless hours of highly pleasant vermin-slaying.