This user has also played as:
Jems 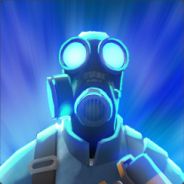 Level
14
Hey, I play Killing Floor/Dota 2 and have some video's of gameplay and tutorials and strats for KF if you want to watch, visit my Youtube profile.
I also play some other games, if you want to play with me just send me a message =)
I also cleaned up my friends list who don't play much or I don't really know anymore + play on the low difficulty Killing Floor servers or from another country 8D.
Bit bored of Killing Floor now you might see me playing a few other games.