Gaming God
3,079 XP
Well I do love Games Very much:) I have seen so Many and own many as well... I come from an Atari and an Amazing Amiga Generation, those were the best gaming years for me with Games like Elite, Syndicate, Midwinter, Kick off 2, wings, Operation Stealth, Dune, Simcity, Day of the Tentacle and so much More.
Later on I switced to PC that also gave me magical times with games like Might & Magic VI, Fallout 2, Links, Diablo, Daggerfall, Neverwinter Nights, One Must Fall 2097, Quarantine and so on.

I do play console games even if the PC for me is much supperior.
But like many I still have a PS1, PS2 and PS3 and had an Gamecube, Dreamcast, Xbox, xbox 360 Xbox One and Wii but never enjoyed it as much as a PC, I miss my mouse and keyboard to much. Too much has been simplified on a console, that it is shooters, racing and more.
But don't get me wrong I had also many great hours on some games, there are a few gems like Suikoden, Gran Turismo 2 and 4, Forza 2,3,4,6.
Parasite Eve that i loved. If I had to choose then I would say that PS2, Dreamcast and Xbox One we're my best consoles.

I could Talk hours about Games, and happy now steam brings all games together in a platform Inventory. i hope with time they will bring some more older games, games you find on GOG for example.

Train Simulator
328 Hours played
I wanted to add a little thing for the 2017 version to show how DTG respect it's Customers.... For existing players you get the -75% on the tracks for the Pioneers editions... that is what you think but if you have none you have to pay 34 €, but if you are a new customer then you pay, 33,99 all included! what a joke this company is. So if you wait for a sale at 50% (probably in october-november) you will get the pioneer at 17 € and so it is proven again how DTG how they see us: A bag of deplorables....


Let us put it straight, It's a good game in the wrong Company hand. Everything Dovetail touches, is outdated, overpriced and bugged and they have an amount of greed I have never seen in any other game.

They don't care about you, they just care about Whales, the guys who blindly buy all DLC's. I bought a few on sale, but there is not one single route or train that isn't bugged, will crash on you at some point or just things that don't work in their script.

Will I still play it, yes because the game was good YEARS BEFORE DOVETAIL touched it. It's the same with FSX, a great game that is now getting destroyed by weekly DLC's (some are 8 years old dlc's) Now they just released the so said flight school that is a ripped out FSX version with 2 planes for 15 € while FSX does have a flight school already integrated.
They just can't do things right, they just make money on the back of gamers from outdated games that they bought licenses from.

When you buy a DLC at 30 € it should be astonishing, like Carenado, A2A, JustFlight, PMDG does for Flight simulator, where every freaking button works. With dovetail you get a rushed, bugged train with 5-8 working buttons... oh and if you are lucky 5 scenarios. They would actually produce quality even like a simpler versions that Alabeo produces I would respect them much more.

I have nothing against the game it is Just Dovetail that is probably the worst Gaming compagny I know, No let say they are second... There is also EA, but at least their games are optimized for new machines and bugs get adresses at some point in time. Dovetail has bugs that are 7 years old and still not fixed...

Oh and then you have the last and wonderful thing with dovetail. They don't accept critics, you point bugs out and say it is enough now, and you will get banned on their site. But Hey lucky we have Steam where you can't delete our reviews can't you! it's just pathetic.

As I said great game in the wrong hands. I have over 2000 steam games, I am someone who supports the game Industrie, but let me tell you that with Dovetail, it became the only company where is just download their DLC on other places, because they don't deserve a penny anymore. It's sad because they have no idea how much DLC's I bought for FSX like ORBX and more. if they even 50% of their quality I would buy it, but it's more like about 5% of their quality!

Isn't there one intelligent guy at dovetail that says, hey guys, don't you think that 4000 + € crap DLC's is wrong?
View all 21 comments
Achievement Showcase 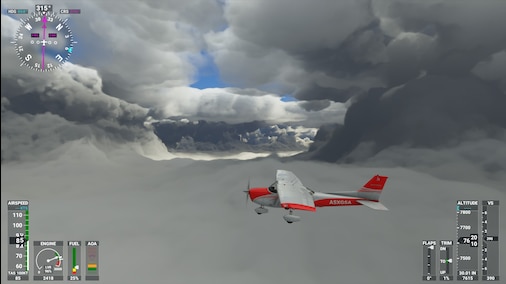