This user has also played as:
dLo 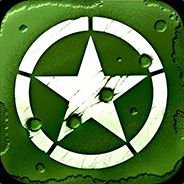 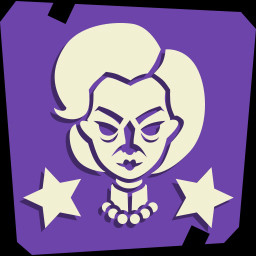 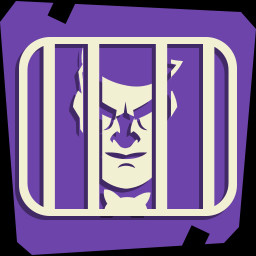 Jurassic World Evolution
54 Hours played
Did you ever play Rollercoaster Tycoon? or any of its successors and rip offs? Well, let me be very clear that this game is absolutely nothing like those games. Those games were much, much more fun yet way less awesome in scope and possibility as this game. Oh, the possibility of this game and what it could have been and could still be.

Remember placing down drink stalls in those games, some crap attractions like a ferris wheel and small rides that were basically a 4x4 building? This game has that! In bulk! Remember the fun of designing and building a roller coaster that had a rating based on its design that would make some visitors happy and some wouldn't want to go on it? Yeah, that is not present. Instead you get to design and build a dinosaur enclosure that has nothing at all to do with attendance or someones interest in visiting it.

Why do people come here? To see the dinosaurs. I guess its like a dinosaur zoo. And I don't mean like Bush Gardens in Florida that has attractions like rides and coasters.... no, no, no. This is like building a technological version of your local zoo.

The game looks great though! It is very polished. It just lacks everything fun that made this entire genre.

Your designed enclosures, just make sure your dinosaurs don't get cranky and try to escape. Put down a fence, add some trees and a pond, bam, create a few dinosaurs and move on to the next one. The enclosure doesnt make your park any more or less attractive to visitors, the type of dinosaur you create does.

How do you create better dinosaurs? You send your teams out on a mission that collects fossils and then extract dna from those fossils and add traits to the dinosaurs. This is a repetative and boring task where you click a button, wait, click another button, wait, click another button and wait. I don't think people would consider this "fun". This is the majority of your game time.

Yes, the majority of your game time is spent waiting for cash (that is based on a cash per minute cycle based on your overall park prestige rating which is based on the prestige levels of the dinosaurs inside your park), sending out your teams to dig, waiting for them to dig, sending the fossils over to extract new DNA, waiting for the DNA to extract, then repeat. Finally after awhile you will be able to create new modified dinosaurs to up your cash per minute! That's the entire game.

I guess you can do other stuff, more of like a one off or a 20 minute divergence from the main objectives of the game, like, let your dinosaurs escape on purpose and eat visitors. Or you could drive around in your jeep (or helicopter) and snap photos.... ugh N64 pokemon snap anyone? You could shoot your dinosaurs with tranq darts, or put different types of carnivor dinosaurs together and let them fight it out. These things may seem like really nice extras, but they are boring and for the most part not really worth doing after having done them a few times.

So now that you've made your park and finished the first island, lets go to the next island and make a new park there. I guess the last guy sucked at placing a few buildings and waiting for DNA... so since you're much better at waiting, its up to you to fix it! The best way to beat the other levels is.... destroy everything on them and start over from scratch. Kind of like building the first park 5 different times on 5 different islands! Oh joy!

Of course along the way, new fossil sites open up, new dinosaur types open, and that is nice. You will have more stuff to look at while you wait. Making a dinosaur can be satisfying the first time, the camera pans in and you can watch it get released into the enclosure.... and then when you realize you have to do that EVERY time you make a new one... it becomes a chore and is just obnoxious.

Now the biggest and most glaring issue is the path's. What is the purpose of a path you might ask. Well in a normal game, people would use it to get to attractions they want to visit. You could click on those visitors to see what they like and dislike and what they want and need..... im sorry, the people are just there to add "life" to the scene, you cannot interact with guests. In this game the paths just seem super arbitrary and is only required in order to place a building and serve no other purpose at present.

Admitedly, I did play through all of the parks, not because it was fun per say, but because I literally didn't have anything better to do. It is very satisfying to build up a super amazingly designed park and then look at it as you fly around in your helicopter... but you'd better have a book to read on the side while getting to that point, because you will be bored.

I guess some people really like the game because "dinosaurs", but just like they said in the movies, "dinosaurs" just aren't enough anymore, you have to up the ante. And this game needs to up the ante by.... like.... a lot.
View all 12 comments
View all 20 comments < >
Comments