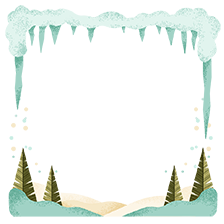 Recommended
17.3 hrs on record
The more you play this game the more you feel that it's a passion project, and it's true. I've been looking for a good TD game to play, and this hits many marks that I was looking for.

Co-op mechanics are very well done. There's enormous flexibility in what you and your partner can do. In our game, I focused on unit and commander ship upgrades, while my friend prioritized towers and traps. I handled the RTS aspect of the game, while he took care of maze and TD. Except for late-game where both players have everything unlocked, you feel the synergy through the entire campaign.

RTS mechanics don't drown the TD side of things, but are a bit lackluster. Units could have a broader selection, but this is not an explicitly RTS game, so that can be excused. Riven battles are spread within the game to make sure there's variety, though the maps feel like they're following a trope selection (ice, lava, sand, grass etc.). It's not monotone, but except for the Riven battles, I didn't feel like doing anything different between maps. The game's difficulty starts at normal, and gradually lowers as you unlock more and more upgrades. Hard isn't a challenge when you're fully upgraded.

Unfortunately, being a passion project does not mean it doesn't have any negative aspects. The music is forgettable and adequately bland; there's nothing special about it other than being there. The story is non-existent except for text and voice over during loadout selection of a map, which is a shame, because it feels like there are elements of a bigger story, yet they never get explored. While the enemies have quite a bit of variety, they all get lost in the big red blob that's going through your maze. Riven units are able to fight back in the campaign, and certain Xeno units have special characteristics (like cloning itself, shielding, spawning units upon death and similar), but I couldn't tell you which enemy has what property. The player should be able to get information, like how there's some sort of "codex" in most TD games, but it's not present here. What information you have doesn't help much either. Damage is listed as "DPS", which is absurd for slow, heavy hitting towers and weapons. I'd like to learn what an upgrade from 25 to 50 "DPS" means. Faster fire rate? More damage? A bit of both? Unless you keep track of a tower specifically, you have no way to know. As for the end-game, the game could use a more thought-out difficulty instead of relying on Endless games, and if money is to be awarded at the end of every game (including repeats), there should be some opportunity to use it, instead of letting it collect dust because you've unlocked everything.

These are minor gripes though. They don't change the fact that this is one of the very few solid TD games where co-op is well thought-out, instead of being tacked on like an afterthought. With a bit of polish it could very well be my number one go to game when I think of tower defense games.
Posted November 25, 2020.
Was this review helpful? Yes No Funny

Recommended
25.9 hrs on record
Literature and languages are not advanced enough to provide the vocabulary needed to describe this creation. It's a genre-defining masterpiece, and all other games crumble against the majesty that is Secret of the Magic Crystals.

You'll live this unique experience through the eyes of two younglings and their epic adventure as they search for the Magic Crystals, struggling to help their grandfather. They'll get help from their equine friends throughout this magnificent tale, and to be honest, it left me in tears. I never guessed friendship between equines and humans could be this beautiful and magical.

It has been eye-opening for me. I don't know what exactly, but I feel like I could be a better man, acting with more compassion and understanding to my peers in this world where we all live in perfect synergy. I'm not proud, but honored to witness the experience of Secret of Magic Crystals.