This user has also played as:
贾安瑞 I'm an experienced gLua developer, proficient in C, C#, C++, MATLAB, VHDL, and bits with Java and Python. Currently, I am learning more about Perl, AWK, and R.

I am currently enrolled in one of the best engineering schools in the United States in the major of Software Engineering with a minor in Cyber Security. Because of this, I have very limited time nowadays, with my free time playing/doing what personally interests me. If for whatever reason I am unavailable via Steam, drop a message on my profile or try my Discord (Chroma#1000). If neither works, and it is urgent, you can try and contact any of my closer friends as they have my Snapchat (to which I usually reply instantly).

Although I have a strong history that's tied to Garry's Mod, I am 100% done with it now. Garry's Mod, although having created some amazing memories to which I will always cherish, is now an extremely toxic community that I refuse to have any part of anymore. If you want to talk about the past, that's fine, but if you are considering inviting me to a new project that you think that I might be interested in, please don't. I may have Garry's Mod installed still, however, this is for personal reasons / internal server development for my Discord group, the Treehouse.

Below are all of my previous staff positions.

Fuze back at OSUT
Offline
109 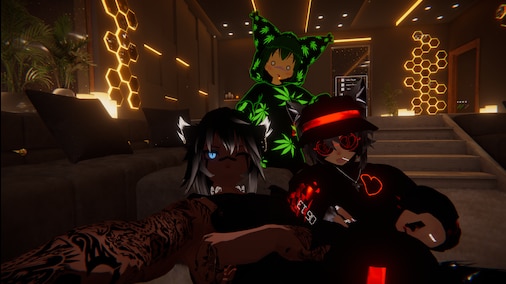 VR Chat with the Boys