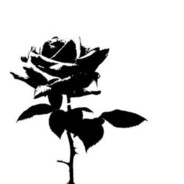 Gentleman
200 XP
John 3:16
For God so loved the world, that he gave his only begotten Son, that whosoever believeth in him should not perish, but have everlasting life.

Mark 10:27
Jesus looked at them and said, “With man this is impossible, but not with God; all things are possible with God."

Ezekiel 18
21 “But if a wicked person turns away from all the sins they have committed and keeps all my decrees and does what is just and right, that person will surely live; they will not die. 22 None of the offenses they have committed will be remembered against them. Because of the righteous things they have done, they will live. 23 Do I take any pleasure in the death of the wicked? declares the Sovereign Lord. Rather, am I not pleased when they turn from their ways and live?

One lie the Devil presents to the world is this: "You are such a sinner that God could never forgive you." However, God does not desire that the wicked perish (see also 2 Peter 3:9), but instead wishes for all to come to repentance.

With that in mind, this lie of the Evil One is to be quickly discarded. The Biblical truth is that no matter the extent of one's sins, as long as he or she lives on this earth, that person has hope! If that person repents and turns from their sins, all the evil they did, whether much or little, will be forgotten, and instead their righteousness will be remembered.

So let no one say that they are too wicked for God to forgive, nor should they say that God does not care about them. God does care, and God wants them to turn. So, let them turn, and be saved, while they still have a chance.

Ezekiel 25:17
The path of the righteous man is beset on all sides
By the inequities of the selfish and the tyranny of evil men
Blessed is he who, in the name of charity and good will
Shepherds the weak through the valley of darkness
For he is truly his brother's keeper and the finder of lost children
And I will strike down upon thee
With great vengeance and furious anger
Those who attempt to poison and destroy my brothers
And you will know my name is the Lord
When I lay my vengeance upon thee

Isaiah 29:8
as when a hungry man dreams he is eating, then wakes and is still hungry. And like a thirsty man dreams he is drinking, then awakens faint and parched, so it will be for all the many nations who go to battle against Mount Zion.

The Road Not Taken - Robert Frost
TWO roads diverged in a yellow wood,
And sorry I could not travel both
And be one traveler, long I stood
And looked down one as far as I could
To where it bent in the undergrowth; 5

Then took the other, as just as fair,
And having perhaps the better claim,
Because it was grassy and wanted wear;
Though as for that the passing there
Had worn them really about the same, 10

And both that morning equally lay
In leaves no step had trodden black.
Oh, I kept the first for another day!
Yet knowing how way leads on to way,
I doubted if I should ever come back. 15

I shall be telling this with a sigh
Somewhere ages and ages hence:
Two roads diverged in a wood, and I—
I took the one less traveled by,
And that has made all the difference. 20

16
I said to myself, “Look, I have increased in wisdom more than anyone who has ruled over Jerusalem before me; I have experienced much of wisdom and knowledge.”

17 Then I applied myself to the understanding of wisdom, and also of madness and folly, but I learned that this, too, is a chasing after the wind.

18 For with much wisdom comes much sorrow;
the more knowledge, the more grief.

All it takes is one bad day to reduce the sanest man alive to lunacy.

Even though I rage, I am but a rat in a cage

“Don't be afraid to cry. It will free your mind of sorrowful thoughts." – Hopi

'It is better to have less thunder in the mouth and more lightning in the hand." – Apache

“They are not dead who live in the hearts they leave behind." – Tuscarora

"All plants are our brothers and sisters. They talk to us and if we listen, we can hear them." – Arapaho

'Tell me and I'll forget. Show me, and I may not remember. Involve me, and I'll understand." – Tribe Unknown

“When we show our respect for other living things, they respond with respect for us." – Arapaho

“If we wonder often, the gift of knowledge will come." – Arapaho

“Most of us do not look as handsome to others as we do to ourselves." – Assiniboine

“What is life? It is the flash of a firefly in the night. It is the breath of a buffalo in the wintertime. It is the little shadow which runs across the grass and loses itself in the sunset." – Blackfoot

“When you were born, you cried and the world rejoiced. Live your life so that when you die, the world cries and you rejoice." – Cherokee

“The weakness of the enemy makes our strength." – Cherokee

“When the white man discovered this country Indians were running it. No taxes, no debt, women did all the work. White man thought he could improve on a system like this." – Cherokee

“A good soldier is a poor scout." – Cheyenne

“We will be known forever by the tracks we leave." – Dakota

“Do not judge your neighbor until you walk two moons in his moccasins." – Cheyenne

“There is nothing as eloquent as a rattlesnake's tail." – Navajo

“Our first teacher is our own heart." – Cheyenne

“Everyone who is successful must have dreamed of something." – Maricopa

“All who have died are equal." – Comanche

“What the people believe is true." – Anishinabe

“You can't wake a person who is pretending to be asleep." – Navajo

“Beware of the man who does not talk, and the dog that does not bark." – Cheyenne

“What is life? It is the flash of a firefly in the night. It is the breath of a buffalo in the wintertime. It is the little shadow which runs across the grass and loses itself in the sunset." – Crowfoot

“He who would do great things should not attempt them all alone." – Seneca

“If a man is as wise as a serpent, he can afford to be as harmless as a dove." – Cheyenne

“A brave man dies but once, a coward many times." – Iowa

“When a man moves away from nature his heart becomes hard." – Lakota