This user has also played as:
Pierrot of the Star-Spangled Banner I wrote this after thinking of my experience seeing brains being dissected in person a while back. It didn't frighten or disgust me, it just made me think about how a brain is a human, we are nothing more than that. The brains I saw being dissected were people that were born, grew, learned, celebrated, cried, loved, and eventually, died.

Some people wonder what happens when we die. My personal belief is fairly simple. We only lose the ability to use our brain to move our body. Our consciousness remains, unable to move, trapped, only thinking. Maybe we will think about the lives we lived at first, of what we once were, but I have no doubt that will grow tiresome and saddening. I believe we will be thinking about the agony of being trapped, no longer being able to move, being only a brain as we always were, but having lost the shells we used throughout our lives. What will happen when our brains rot, torn apart by maggots and the like? Will our consciousness finally be freed, or will it simply become an even more empty existence, losing the last part of anything we ever were? What will we think about then, when there isn't even any pain? Perhaps we will think about what we could have done better in our lives, ways we could have helped ourselves and everyone else. Maybe we will regret wasting our time doing meaningless things. We may regret working hard and not enjoying our lives, especially once we see how little that sacrifice has earned us. Eventually, we may come to wonder what became of our loved ones that died before us. Did they suffer this same terrible fate? Or were we selected for this torment by some power beyond our understanding? Both possibilities were equally horrifying, either our loved ones had suffered in the same agony as us, or we alone are bound to experience this eternal hell. Will our consciousness eventually dull, no longer having any thoughts, regrets, anguish, or loneliness? Would that be considered peace? Death? Release? I believe this would be a further imprisonment. Assuming our consciousness remains, we will have truly lost everything that made us who we were, all that proved we were human, or even existed.

Should art be chained by the fleeting concept of morality?
Should science bend a knee to the laws of man?
Progress is not made by holding ourselves back.
Honk
View more info
Currently Offline
Badges  6 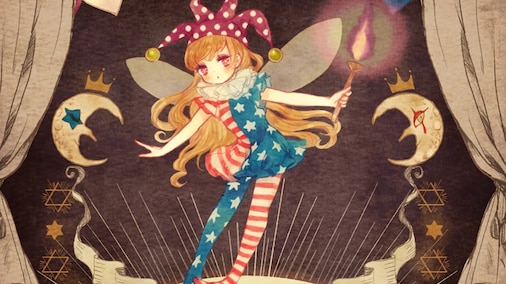 Honkpiece Jul 7 @ 6:50am
WHO ARE YOU WHY IS YOUR PROFILE PRIVATE

Honkpiece Jun 16 @ 8:24pm
I do not need your resume on my profile comment section, Stan Smith!