This user has also played as:
Michał 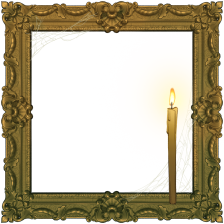 Greetings, fellow visitor! You've come to a forgotten, distant place, which happens to be the Blood Red Mike's manor on Steam. Since you're here, I wish you have a good day! ~Mike
View more info
Currently Offline
Badges  17

Fallout 4
33 Hours played
Ok, let's be honest. Considering how many bugs and issues occured in Fallout 4 since it was released and the fact, that literally without community-made mods it is still almost unplayable after all these years, this game should be free to play.

Yeah, I absolutely realize, that some people made it and they deserve a fair payment, but... you have to be really naive, thinking that devs are those people. The company is still getting a steady, heavy income, even tho they completely forgot about this title a long time ago. Believe me, the only people at Bethesda who worry about Fallout 4 these days are working at the marketing department. Matter a fact, even they are constantly promoting non-official mods at their official channels. People bought this game and spent a lot of their free time to make it be at least close to a quality, that we all would want to experience, because it's not there.

Don't take me wrong, I'm not saying this is a crap at all, but it's more a modding sandbox, which you have to customize on your own. Otherwise, it will be like a walk throught a minefield filled with so many embarassing, unfixed bugs, that they will make you wanna say sorry to Johnny Silverhand.

If you're still unsure wheter it's worth a shot or not, grab it on a discount. It's still possible, that you'll fall into it and maybe even you'll forgive some of the issues which you're gonna face. Most likely tho you're gonna be mad as ♥♥♥♥ at yourself because of your wasted money. Now you're warned, so there's at least a chance that you won't be dissapointed.

I can't give it a "mixed" rating, so I have to answer the question. Do I recommend this game? Unfortunately, no, I can't. I seriously, desperately tried to enjoy this game, but I just can't play it. Like, literally. The loading screens are so long, I just can't stand them. How a loading screen can take 2 minutes on RTX 2070? This game is 6 years old. It's just ridiculous and extremely frustrating. There are many other different titles on the market fitting to post-apo rpg genre, which are better that that. Mostly because they work.

I really hate Bethesda for what they did with this serie.
Leave a comment