This user has also played as:
ㅏ미ㅛ견 
Do not come to me to complain about your ban or punishment. You will be blocked. Go to the forums provided in your ban message to appeal. Not me.


If my picture is your art and you don't want me using it, tell me. I'll change it.

i am the real kaye, the one and only
now fuck off


Most of the communities I staffed on and earned ranks on (roleplay gamemodes) shut down within weeks to a month or so. Some have lasted quite a while longer, but whilst some servers are short-lived they still gave me some of the best experiences. I'm no veteran or more special than anyone else, they just serve me as a reminder of some really good times and as reference.

now we can believe 10 PACK A DAY SMOKERZZZZ - Public Group
IN THIS GROUP, WE SMOKIN ALL DAY
216
Members
12
In-Game
63
Online
0
In Chat
Achievement Showcase 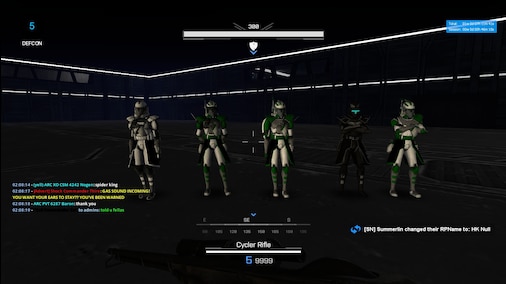 The best RANCOR ARC I ever had.

[OOC] 'Sergei': im gonna place this breaching charge against my head and die

23:23 - ЧЕЧНЯ: Everyone is trying to ERP with my character. What the hell do I do


15:29 - Ø♠Adramalech♠Ø: DDoS another one of my friends, and I will IP log you, Keylog you, then install a RAT unto your PC. Okay? I will delete your Sys32. Now keep in mind, I will not do this alone. I will bring friends along, so leave Banana's alone, because you are a fucking script kiddy. ;) Now bye.

the same fucking guy with a different name^^^^


[OOC] Adrian Veneziano: WHY ARE WE STILL PLAYING CARDS? WHY CANT WE FUCKING JUST!!! DO WHAT WE'RE SUPPOSED TO DO

|eaglEye 6 minutes ago
foxtrot your a little creep

OtakuBoi | CC 6 minutes ago
foxtrot get a life

** [Black hair / Bandana ...] turns on the water washing his face and then washes his face.
[LOOC] Allen Grant: You sure washed your face.

[LOOC] Hiro 'Alpha' Nakamura [FW]: erp isn't anyhting bad, if you say it's for retarded people then you are just not that good of a rper

17:59 - foxtrot: there's black dudes to kill
17:59 - [HC]Vanguardxe: It's like your purposely appealing to my eugenic tendencies

UCA:C17-GRID.04-57284 radios in "<:: I meant, please come help me with supplies, my weak arms and small backpack aren't enough to carry the materials."


Makelulz - Today at 9:24 PM
theres no reason to listen to you man
trying to commend me for being "reasonable" as if your line of action was anything close
we dont have to end this onbad terms
you had a tantrum, you can go now

*** [[BB Tattoed on his ri...] pops opened the ration, taking a nice clean smell of nothing
*** [A base set and generi...] fuckin' yoinks that shit the moment it touches the walls, he'd proceed to tear it open with his teeth, goin' fucking hams jams on that ration nigga shit he hungie


[03:29]
InOx:
So I literally ask you for help, you help me out and instead of being like no problem or saying something a clear headed 19 y/o man would say after helping out someone...who literally added him back after he told OSCAR COOL to DDoS his router, you act like we're mortal fucking enemies