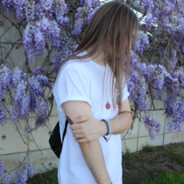 Ya Boi Ian
Offline
About me & SWBFGamers.com
About me in SWBF
Hey there! My nickname is Anyder and has been such for over 11 years now.

I've been playing SWBF1-SWBF2 since 2011 and SWBF EA-SWBF2 EA since they were released. I've been always trying to be the image of how a player is meant to be seen: someone with skill, humble and kind, always willing to boost players' talent and help them in whatever area they needed.

As representative and responsible for SWBFSpy, people may contact me here: communityambassador@swbfgamers.com

Education & Job
I first studied computer science to become a programmer, due to my passion towards computers and developing. However while I studied that, I also worked at an enterprise that showed me what I loved doing most: talent development. After being finishing studying computer science, I moved on to study a master degree in Human Resources and Coaching.

I currently work in the Human resources (Learning & Development) department, supporting Retail Operations as well (Ops. Direction). I know it's not related to what I first studied. After working for a world-wide enterprise (Starbucks) I decided to move to a different kind of company, which seems to be really cool: Amazon -- also working in Learning & Development.

SWBFSpy: The Project
The 18th of May of 2016 we created the SWBFSpy.com MS. Kalle gave up GameShare, and allowed us to continue the MS Project under SWBFSpy name.
I looked for the original files and patched them.

Few months later I started with the role of Community Ambassador, I created a department called SWBFSpy Engagement, which was focused on activity boost, providing help to get SWBFSpy installed, etc...

With a team of Regional Game Ambassadors and Community Engagement, we provided support to all the clients, as well creating unique experiences for them, trying to provide the best image for the project.

The community suffered many setbacks, dealing with undesirable people who wouldn't seek anything but chaos, attacking us. However we stopped paying attention to them, since our main goal is to actually provide the community a real, efficient and better alternative to LAN tools.

The 1st of November I started as Learning Manager & SWBFSpy Engagement, leading the two departments, and on 1st of January 2018, I started as General Manager, taking all operational management of the MS, which was previously managed by Led, the other SWBFSpy Manager. That was a real challenge.

However Led joined us back, and I left all the general management to focus on developing guides and manuals as Learning & Development Manager, and kept my focus on players to become the nexus between players and SWBFSpy, naming the role SWBFSpy & Player Engagement.

The project is still a reality, despite having GOG running a new MS for SWBF1 PC and the one they already had patched for SWBF2 PC. But it doesn't mean the project is over! SWBFSpy had as target keeping all players together and developing a sense of community, so we also started hosting in their platform under a gaming team called SWBFSpy.
View all 13 comments < >
Comments