I have spent several thousand hours in Garry's Mod on some Half Life 2 Roleplay servers, including my own. I also have several hundered flying hours in the DCS World A-10C Warthog. I am very interested in serious simulations such as DCS World, Euro/American Truck Sim, and IRacing. I also enjoy Mil-sim games, especially in ARMA, where I work to perfect the art of Rotor-Wing flight in treacherous combat situations. You can also view the various artworks which I have created in Garry's Mod and SFM below.

Favourite Quotes :
“Great way to fight a war - be prepared to defend yourself for winning.”
― Chris Kyle, American Sniper: The Autobiography of the Most Lethal Sniper in U.S. Military History

"If you're going through hell, keep going." ― Winston Churchill

"What separates the winners from the losers is how a person reacts to each new twist of fate." ― Donald J. Trump

Semper in excretum sum sed alta variat. ― Always in the ♥♥♥♥, but the depth varies. 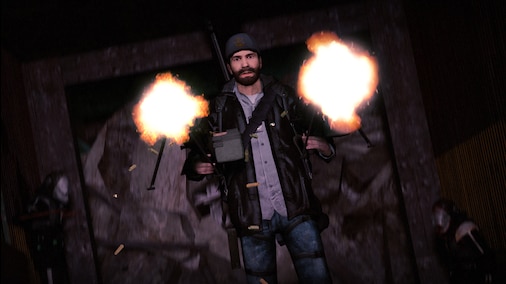 a04005 Jun 9 @ 12:49pm
Hello pal, I've played against you recently and I'd like to invite you in our team. Here's my main account, add me please https://steamcommunity.com/id/dungeon_mm . We're planning to compete in some tourneys, I think we have good chances with you especially :)

Fogg May 30 @ 8:03am
Hi, our team went to the finals of a decent tournament, but our player will not be able to take part in this match, we urgently need a stand-in who can replace him.
If we win this tournament, you will receive about $600~
Add my main account, if you're ready to compete https://steamcommunity.com/id/Loakus

burst angel May 16 @ 9:12pm
Hеy man, I have playеd CS against you rеcеntly and I'd like to invitе you in our tеam. We are willing to pay weekly. We are planning to compete in some tourney, I think we have good chances with you especially :)
If you are interested - Hеrе's my main account, add mе plеasе https://steamcommunity.com/id/Rostarcs
< >