This user has also played as:
Aasha 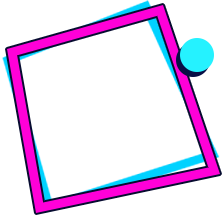 I'm A Potato!
100 XP
I'm a bit of an introvert. By this I mean I recharge when not dealing with people. So if I'm gaming or animating then chances are I'm not talkative. Don't take it personal - it's how I am. I like to block out distractions.

I enjoy kind people like any sane person does. Though patient I don't care for toxicity and normally won't react to it.

Typically I enjoy single player games more than multiplayer unless the multiplayer game is quite simple and to-the-point; "Killing Floor", "Team Fortress 2", ect.

*Friendshipping notice:
Due to numerous stories of scammers and hackers I'm cowardly with random friend invites. If I can't tell who you are (or easily ask who you on your profile page) I likely won't accept your friend invite.

*If you were inviting me to trade:
I'm not currently trading.
View more info
Currently Online
Profile Awards  1

DRAGON BALL XENOVERSE
124 Hours played
There's both some good and some bad with this game.

The bad
The Good

Customization Nitpick
One thing that seemed a bit strange to me though was the way they made the character's appearance factor so much into a character's capabilities. Tall and short affected HP max and movement speed, thick and thin affected strike damage and energy damage, male and female also affected melee and energy damage, and the various races all had their own stat boosts and reductions. Some even got their own race-specific powers - but I guess that part makes sense to me.

The outfits all add and reduce different stats. So while there are a lot of outfits you might feel forced to use the outfit that amplifies your preferred play style - which might mean you'll end up looking like a clone of everyone else doing the same thing, which feels like it takes away from the whole point of having various outfit options.


Conclusion
If the game were better maintained and had more active players running around I think it'd be a lot better. The single-player story mode was alright, but I don't think I would have enjoyed this as a whole if I didn't go into this with friends from the start.

To be clear: I did enjoy this game while I was playing it, but it's not worth 50 bucks - even if you're a Dragon Ball fan. It goes on sale for $15 regularly though.

At the point of this review I've played Xenoverse 2, and I can safely say it has everything the original Xenoverse has but more - including the same quests, skills, outfits, characters, and (most importantly) an active community and maintenance. Your character from the first game will be a supportive NPC in the second game, but you can completely skip the first game and just get the second one if you just want the better game.

I had recommended this game at one point. The only reason I don't now is because Xenoverse 2 has everything Xenoverse 1 had to offer, and more. With most sequels they coem out with something new to extend off from teh original. That's not the case here: part 2 has everything the original had; copy-paste plus new stuff. Because of that I can't recommend bothering to get the original.
Leave a comment
Screenshot Showcase

Aasha Oct 24, 2019 @ 4:38pm
Heads up for anyone else he might try to contact subbed to my comments:
[DEFN] Castleson (can see him earlier in comments) is a scammer. If he offers you anything then block him. If he implies/claims to have hacked your account then also block him. Don't believe him.

He was on my friend list for a year or two before he made a move. He one day randomly offered a large amount of money like a prize giveaway - he just needed my Steam/Paypal login information. I declined.
A few days later he put together some pictures that *looked* like screenshots of my account from the inside (specifically the password changing screen) and made demands to give him specific items or he'd steal the whole account. I declined.

Watch out for him.