u have brain prombles
1,877 Members 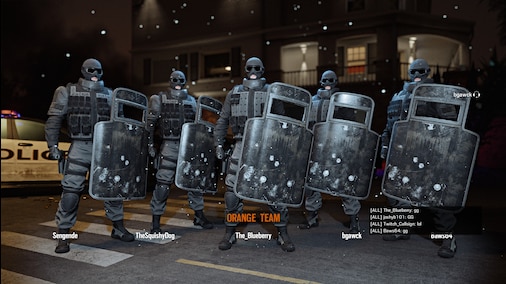 3
Oh look, another "I read something on the internet I'm so smart" ♥♥♥♥♥♥.
The 'hypothesis' that French fries were actually Flemish all along was mentioned in the 1800s once by an individual Flemish journalist who claimed that a 18th century source (which he has failed to produce by the way) claims that in the 1600s some poor Flemish fishermen cut potatoes in the shape of fish and fried it because they didn't have fish and so invented French fries. Let's go over all the problems with this narrrative:
1. Even if this were true, this is not what we think of when we speak of French fries.
2. Poor fishermen wouldn't be able to afford enough oil to deep fry at the time unless they had really ♥♥♥♥♥♥ up priorities.
3. Potatoes weren't even introduced in Belgium at the time.

Now let's go to the French narrative, which claims they were invented around the time of the Revolution in France (hence the name Frites Pont-Neuf, which is the 'formal' name for French Fries). This lines up with the actual sources we do have. We do know that a decade or two prior to the French Revolution, Parmentier worked very hard to popularize potatoes in France among commoners and nobles alike and invented quite a few fancy potato dishes. We do know that at the time at the very least rich people would be able to afford enough oil to deep fry. And we do know, most importantly, of first hand accounts actually describing French fries. We have manuscripts of Jefferson asking his French chef for long cut, deep fried potato strips. This may be the first confirmed description of French fries... a request to a French, not Belgian, chef.

The facts all point to French fries actually being French. Flemish nationalists had to falsify fries as part of "their" history just as they had to falsify all of their history. They had to falsify the Belgae, the bravest of the Gauls, as being Belgian even though the majority of their territory corresponded to modern day northern France. They had to falsify Charlemagne and the Franks as a whole into being Belgian because they settled on the northernmost Roman territories West of the Rhine before moving on to the territory they named after themselves. They had to justify the Battle of the Golden Spurs into being some climactic final showdown between the Dutch and French linguistic spheres with a glorious Dutch victory when in reality it was an inconclusive battle in a war the French king started to fill his coffers. Which the French won by the way, in case you wonder why you can't find these legendary golden spurs anywhere in Belgium (the French king took them back home two years later, after defeating the Flemish personally near the same city). And then they had to steal the fries from the French too.

There's a reason why people call Belgium a non-nation and that's because it is. No culture, no identity, no cuisine, no history. Only theft. The biggest tragedy is that this waste of space permanently separates two much greater countries. Oh wait, Belgium even fails at that! Ever heard of St. Martin?