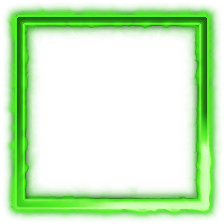 Not Recommended
0.2 hrs on record
Complete Garbage! Glad there was a try before buy because I would have likely bought it & hated it had I not had a free trial because I like most of the Battlefield games more so on console but still yet. I will never buy or play this game. I had a lot of free content from my Amazon Prime for it too, but even then its not worth my time or money.

Recommended
75.7 hrs on record (46.6 hrs at review time)
Early Access Review
I am not sure what is up withe the bad reviews on performance as the game runs smooth for me & did just fine back in the demo as well, then again I am running a much newer computer I built in the last year or so. Maybe the people complaining are running on older systems I have no idea but the game runs smooth for me any way.

+ Scraping / Dismantling - In most games you never get the exact amount of materials you put into making something back when you demolish it, but in this game you do.
+ Damage - You know how you work really hard to make your base in most other crafting, survival, building games only to have something destroy or damage it? That doesn't happen here, even the asteroids do 0 damage to your bases. You of course on the other hand will take damage if hit.
+ Bad Guys - None as of yet so all you really need to worry about is keeping yourself fed, hydrated, and make sure you don't run out of oxygen!
+ Caves - Many caves in this game if you look around which I myself love building in once I collect all the resources that is. For one it protects me from the asteroids & in case damage is ever added it will cut down on base damage as well though I tend to start all over once I unlock everything as it gets rather boring to me pretty fast.

+ Content - Needs more because after you have unlocked everything its pretty boring if you don't just start over as I do most of the time.
+ Story - I generally skip threw these in most games at least after having has seen them at least once but this game doesn't seam to have much of a story other then the messages you get once in a while on the monitor once you build your satellite dish, and you find messages on other terminals around the world.

+ Co-Op - I would love to see at least a 2 player co-op in this game as that would be awesome I think. I might enjoy the game a little more with someone to build & explore with.
+ Pets / Bots - Some kind of pet that can be built to collect ore or other materials be it things not mined yet or those things fallen from the sky left behind by asteroids. I mean we can already craft some pretty impressive stuff so why not? Maybe the ability to tame a pet once animals are around something to make the journey less lonely & boring.
+Snap to - Would be awesome if the units would snap to the metal blocks as they do not already... Kind of annoying though I know a floating home looks cool & all but not all of us want that look.

I am rather bored with the game now as I have unlocked everything already & deleted my game save. I will start again soon to do it all over again just because I can & because I have the time to burn. Its really not a bad game for the price ask for it if your into these types of games.
Posted August 5, 2022. Last edited August 5, 2022.
Was this review helpful? Yes No Funny