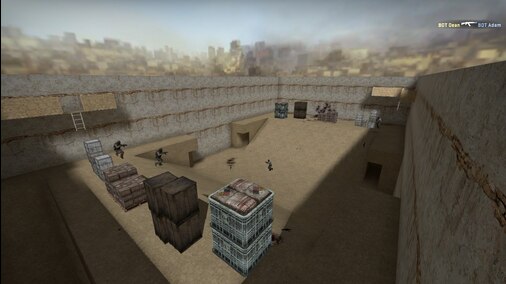 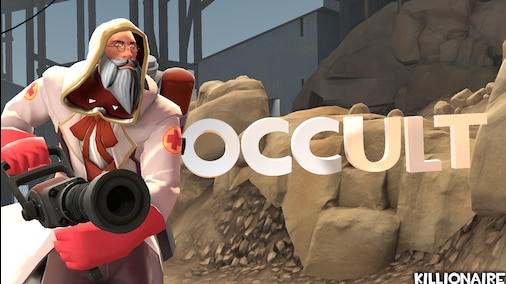 WARMODE
4.9 Hours played
After playing this game for a short while, I have decided that it is finally time to do a review on this game.

First off, I would like to talk about the graphics and visuals. For a game that is only in its beta stage, I am very surprised at visual modelling of the weapons, maps etc. It is surprisingly stunning. However, I have noticed that some of the player models when holding certain weapons don't exactly look too pleasing. Specifcally the remington pistol, as it appears that the player model's right hand goes through the gun. (I am talking about third-person stance.) This is an easy fix for later updates.

Next, I would like to talk about the damage of various weapons. The balancing is decent for the time being, except I feel snipers like the M24, and other cheaper snipers, still one shot in the arm and leg. Personally this is rather off putting, and I would suggest that the rifles do less damage on arms and legs, therefore forcing the player to improve their aim by going solely for body and headshots. This is separate to the SVD Dragunov sniper. As of being semi-automatic, this rifle was balanced fairly well by making it 2-3 shots in body and arms/legs, and 1 shot in the head. The balancing for that is fine. Pistols are also a problem some time. I am finding myself hitting too many headshot 1 shots with pistols at long range, which does seem really unfair for the opposing team. If this was reduced to two or three at range, it would be much better. (Unless I am headshotting enemies that have already been tagged.)

Furthermore, the running speed of the knifing is causing the player to glitch, by causing them to 'climb' other people and elevate them. Whether this is a glitch with collisions rather than running speed, the speed that the player travels when sprinting with the knife should be lowered a fraction.

Finally, I'd like to talk about the maps. I recently played a map called 'factory' (I think), and it appeared to be a complete reskin/remodel of the middle area, t and ct spawn, long and bombsite A of the Counter STrike: Global Offensive map, Dust II. This was rather surprising, but I was disappointed at how small the map was, therefore for maps like this, I'd suggest increasing the map size, and maybe alter it so tunnels and bombsite B were present too, but add extras around the map, like higher platforms accessible by ladders, or underground tunnels etc.

Overall, I am really suprised at how well this game looks, and will continue to play the game. I even intend to make a video sometime soon on this, and give more feedback.
View all 2 comments
Workshop Showcase 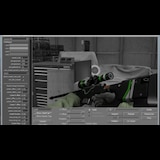 AWP Sport
This is the second skin that I've 'Practised' working on, specifically by using a carbon fiber texture, and changing the opacity to make it darker and look better on the AWP. There's still a lot of work that I need to learn on these things. But I'm actuall

Ice(th) Aug 28 @ 1:09am
hello can u accept my friend i want to tell u something about the config thing