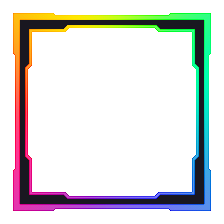 Steam Grand Prix 2019
6,600 XP
☕Welcome to My Profile - i am a pretty chill gamer all i care about is having fun, hanging out with friends, enjoying anime culture, listening to rock music, playing fighting games, and i hope to find someone special someday to share that experience with together.💝
View more info
Currently Offline
Profile Awards  7

🔵My Birthday Is May 5th Cinco de Mayo and Im 26 Years Old Single And i am a Man of Culture.

🟣i have 6 cats and 2 dogs and i love my animals very much. i also like to have fun listening to rock music, watching anime, eating good food and hanging out with friends on discord.

🟡I have played blazblue series for about 4 years and played other fighting games. in undernight i main Chaos, Byakuya, and Yuzuriha and in Guilty Gear i play a lot of Ramlethal and Sin Kiske. i have Played Dragon Ball Fighter Z but most of my fighting experience is on blazblue central fiction. i play a lot of hard technical characters in fighting games and i am the kind of guy that spends more of his time in public matches learning with other players or in party battle raids than playing ranked matches. I do not do Bnb challenges or Tutorials i like to raw net-play fighting games, and i try to switch up characters every once in while so i learn and gain some character match-ups experience.

⚪I am active community member and will help anyone in need If they need it. if you want to play something just let me know and ill be more than happy to play with you. My Discord Tag is DarkCrimsonKing👑#2151 and i have my own discord community server as well.

⚫As a gamer i strive for love, equality, and respect for all gamer's and it is very important to me that standing up for whats right simply because its the right thing to do is something we all should believe in. i will protect my fellow gamer's when they are being mistreated and people that choose to not have the same respect back and be overly toxic and attack others that will not be tolerated. if you choose to act this way expect the same treatment back that's how the world works. i will not standby and tolerate racism, bullying, segregation, toxicity, and bullying other people for their beliefs and Interest's that they choose to believe in because that's just really disgusting behavior, and you should be ashamed of yourself. one of the biggest things to realize is everyone is not perfect we are human beings we all have our own days where things go horribly wrong or don't go the way we had planned or we have an issue with someone else and the situation at hand so instead of getting angry, holding grudges, and fighting each other lets all have some respect for each other and help each other move on and become better people in the future.
Artwork Showcase when playing against Izanami players

754
Items Owned
8
Trades Made
2,114
Market Transactions
Let Me Know If you ever want anything i am always stocked up on stuff📚💌📦📊

. hope you are having a good one