This user has also played as:
Umezono, Intel Guard, Eric 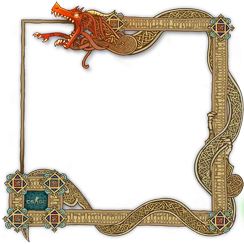 Divinity: Original Sin 2
17.5 Hours played
I started playing this game and didn't realize that I had been playing for 12 hours straight until I got tired, checked the clock and saw it was already noontime. There's a lot to say about this game, most of it glowing praise. Much of the issues I had with it felt understandable given how much they got right in other areas, and felt like just common pitfalls and limitations of the genre itself. I'll start with the biggest draw for me personally: that it somehow managed to make a turn-based tactical/strategy RPG into a fully enjoyable cooperative experience. This is one of those games that I think is meant to be played with friends. It perfectly nails experience of engaging in a living, breathing recreation of a classic tabletop RPG experience and allows you to do it online. And in doing so it deftly incorporates a complex tactical battle system that has you live or die based on the extent of your knowledge of its inner workings. Something as complex as this could easily be snore-inducing in a lesser title and theres no lack of "SRPGs" out there where this is the case. I think many such titles are marred by a restricted sense of worldbuilding- extremely linear storylines and gameplay, cookie-cutter characters who lack any sort of nuance, and gameplay that is essentially just a repetitious grind towards optimization. Divinity escapes these trappings by incorporating some of the best aspects of the diverse world of roleplaying video games to create a genre mismash that will please diehard fans of the various sub-categories that have arisen over the years.

The character customization is straight out the classic tabletops- all the usual suspects are there as you choose races, stat spreads, and class archetypes. (Bonus for no presence of "Evil Races.") There are also deeper "talents" and perks that you use to further flesh out your character both in combat and socially. Every choice you make has a profound effect on how you play. This ties into the admitttedly foreboding and open aspect of the game- it mostly feels derived from classic CRPGs like Baldur's Gate, Ultima, KoTOR, and of course its predecessors in the Divinity series. You're thrust into an unfamiliar world with its own deep set of rules, social cues, laws and culture. That means some overwrought dialogue along the way, sure, but it's certainly the territory. NPCs are fueled by their own unique motivations, and are friend and foe depending on how you play. You are dropped in this world with a sense of whats going on and what you must ultimately do, but asides from that you are left to your own devices. You can take side quests and become a heroic figure, or you can do things like steal from and even murder the NPCs you would normally help, including those who would be potential party members. All actions have consequences- do something illegal and you'll find that the NPCs who outright don't know your the culprit will go so far as to investigate and interrogate you. Pick a fight in a public area and everyone will attempt to kill you, and you'll most likely die as you deserved to. Follow the patterns of a lone figure and isolate them where nobody can see you and none will be the wiser. There's also sorts of stat checks and character lore mechanics that allow you to make further branching choices throughout. All of this serves to create an immersive worldbuilding experience that feels responsive to your actions, even though it does fall short of really assigning proper weight to their morality. (Again, that feels moreso a limitation of playing a video game, because it does do a solid job of trying to make you feel that bad actions will have consequences.)

Then the combat melds further titans of the RPG world. The combat is turn-based, purely tactical roleplaying in which characters have predetermined amounts of "action points" that are spent through movement, combat and other related actions. Though the actual control of your characters will feel a bit clunky, the combat system affords you enough time to minimize unintended mistakes. Its full of tense decision making as you seek to optimize your every move, in order to maximize benefit and minimize losses against greater numbers and firepower. It calls to mind titles like Final Fantasy Tactics and the XCOM franchise. Something I particularly liked is that killing enemies is finite; in the sense that dead enemies stay dead; and there is no "grinding." Roadblocks must be overcome not by simply grinding but by optimizing and learning to adapt. This makes the level progression feel more natural, something you don't really see in most RPGs.

At higher difficulties, the combat is harsh and unforgiving and tests your mental stamina just as much as your tactical prowess. Divinity then takes it a step forward by incorporating some visual cues from popular action RPGs (think Diablo) with its customizable hotbar UI system. It allows the use of skills that provide a variety of active and passive effects. Status effects and various interactions make every single choice you make prior have multiplicative effects later in combat. Things like positioning are emphasized over blindly engaging the enemy. A game that emphasizes you to play smarter, not harder, is always a plus in my book. While the comparison to action RPGs is simply aesthetic at best- it did go the extra mile in recreating the more user-friendly experience so emblematic of such games. That's really appreciated.

I felt that the formulas of the games I mentioned (all giants of the field) were all done justice and synthesized into something that felt fresh. They felt less like genre trappings and more like proper synthesis of things that made certain games so satisfying. All this namedropping doesn't serve just to massage my own ego. Its to emphasize how when I played this game, I genuinely thought of all these games and still found myself at home playing Divinity. It offers something of interest to any fan of the genre. And it does all this with something sorely lacking in RPGs- the presence of an engaging multiplayer experience. Playing this with friends is great fun- it tests your individual work ethic as well as your teamwork. It test your sense of humor and just how patient you are with being a fugitive because your friends killed a random NPC. Outside of somewhat clunky pathing and AI and perhaps a rather obtuse tutorial, I had very few complaints. Any complaints I did have were not enough to stop me from just playing non-stop until morning. Cause this game is something that just places everything it has to offer on your lap and asks you to make what you want of it. Simply put, its a love letter to role playing games, and I can't recommend it enough.
Leave a comment
Game Collector
622
Games Owned
195
DLC Owned
29
Reviews
108
Wishlisted
Featured Games

2.7 hrs on record
last played on Jul 8
Bloodstained: Curse of the Moon
Achievement Progress   6 of 15