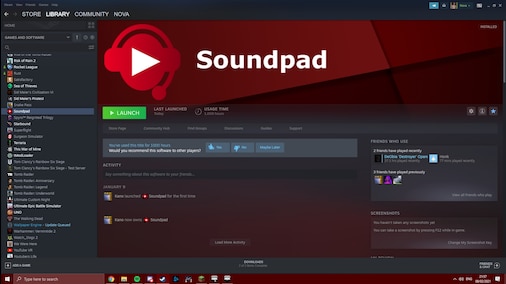 DARK SOULS™ III
111 Hours played
Bought this game with all the dlcs for about 10$ and after 100 hours of gameplay i think i've played enough to be able to give a ok review of the game so far,

i think that amount of bosses in the game is good at first as to finish the game once it took me about 20 - 25 hours of playtime but after that i could basically breeze through them after enough practice and get to soul of cinder within 3 - 5 hours of play depending on how some of the bosses treated me on my playthrough, but i feel like it would be better if some of the side bosses that you have to go to lengths to find are part of the main storyline and that you have to beat them to be able to progress through to soul of cinder but all in all i think that the bosses are very good and that they are all different from each other in their own way.

Since this is my first time playing souls game i dont really have any experience of older game mechanics but i quite like the way i can duel wield two different weapons although i didnt really use the system that much, i mostly just found it easier to find a weapon that worked for me and to just use it all the way through until i got to the NG+ i am at now.

in the higher levels it is quite hard to level even of off defeating a single boss but i feel its quite balanced and i like the mechanic of losing your souls when you die so you have to be careful even when fighting even the easiest of mobs but in the earlier levels i like the timing of the leveling but one thing that i struggled with as i first played was being underleveled for some boss fights as i would mostly just run past every enemy that i would see but thats probably me.

The areas of the base game all feel different but similar at the same time as it shows you generally the right way to go at times but to find other side bosses and secret areas its can be quite challenging to find as can be expected, even to find the deacons of the deep it can be quite annoying to find without googling or getting a friend to help you

for the first dlc i played which was obviously "Ashes of Ariandel" i thought that this dlc was good at first but the areas of the map can be quite complex on your first playthrough and even on your second playthrough it can be quite difficult knowing where to go but the boss at the end of the dlc is well worth enduring the complex and sometimes annoying layout of the map, the boss is a 3 phase fight, the first one being a normal fight between your character and the boss the second one being a 2 enemy fight which can be quite easy as the big enemy in the fight is quite slow and can be abused by with that knowledge and then the third and best phase of the fight is between your character and the original first boss but the original attacks are much more brutal and if you slip up it could cost you as the first 2 phases wouldve taken a toll on you by then. but overall its an good dlc.

the second dlc "The Ringed City' could be one of the best DLC's in any game i have played before just the value for money in this dlc it feels like its a new game completely just with this dlc. Its got 4 new bosses a few i will go into detail now and 2 new areas,

the first boss i want to talk about in this dlc is the first boss you fight which is the "demon in pain" and the "demon from below" this fight is a very good and difficult fight for the start of a dlc, you start the fight against 2 dragon like creatures and its as difficult as it seems with you having to fight 2 dragons at once so you have to able to multitask the dragons swap between being aggressive and being ranged so you have to try and focus on the ranged one so you can kill them as quick as you can, once you kill a dragon the remaining dragon turns into the dragon prince which is basically a whole new and more difficult boss and this is where the difficulty of this fight comes from as it gets all of its health back before the fight starts again but overall its a tough fight and its well worth beating.

The second boss i will talk about is the second boss in the dlc which is "Halflight, Spear of the church" this boss used to be a online boss so people could opt to be this boss and to fight you but as time went on less and less people wanted to be the boss so usually its just an AI you have to fight instead, this could just be me but i had a bit of difficulty fighting this boss as there are usually two enemys to fight, one being not a part of the boss fight but apart from that if the boss was just on its own it still would be a bit challenging but not as challenging as it is now with the other enemy fighting with it.

The third boss i want to talk about is could probably fight with "the Nameless king" for the hardest boss in this game, "Darkeater Midir" is a single phase boss with only 15,860 health but the real struggle is his immunes, he is immune to dark, fire, magic, toxic, bleed and frost so basically most weapons, there are only a few weapons that are actually effective against him and they are way out of my playstyle with weapons so i had a bit of struggle trying to fight this boss but it is well worth it as the boss is such a good fight with most attacks almost one hitting you if you get to close to him at certain times and its almost reminds me of monster huner world with how big the dragon is.

The forth and final boss could compete with "sister friede" with how good this fight is, "Slave Knight Gael is a 3 phase boss, the first phase being a pretty normal fight with some quick attacks and being able to stagger him, the second phase is basically the same but gaels cloak follows up on his attacks having a range slightly further than his blade again this phase is harder but still very easy, the third and final phase is the most hard phase of any boss i have beat before as it is just nonstop just projectiles and lightning and chains of attacks but overall gael is a very good fight for the end of the dlc and the sword you get for beating him is well worth it mirroring some of the attacks you would've seen in the fight

Overall the second dlc is just so good and anyone reading the review of the bosses in the dlc could see why I rank it the best dlc in the game, not even including the 6 new spells, the 10 new armour sets, the 18 new weapons, the 8 new rings, the 4 new npcs, the 8 new items and the 6 new base enemys. but overall the price for this dlc is well worth it.

Dark souls 3 is a game that is very challenging at first but after the first few hurdles is very rewarding and fun to play. the base game is very fun and extremely replayable with its new game plus feature but the dlc just adds a whole new aspect to the game and for 10$ i would more than recommend to pay for the season pass

Box May 20 @ 5:15am
if you but a bigger bed, you have less room in your bedroom but more bed room