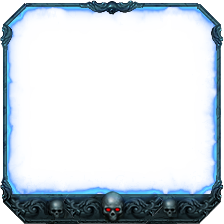 Recommended
0.0 hrs last two weeks / 13.4 hrs on record
The year is 1995, and Katherine Rain is a collage student, who's working on her second year, hopefully to become a full licensed journalist one day. She's not your typical student, though, she had to grow fast and learn about her surroundings quickly, which clearly left a contempt for the human race. Kathy is a tough girl, nor has tough as her biker looks, but still pretty tenacious. She enjoys horror movies, long rides on her bike, annoying her roommates with her guitar, her pack of smokes and sleeping till late. Her adventure starts with this last part being obstructed. Eileen, her roommatewakes her with breaking news; someone named Joseph Rain died, and his funeral will take place in Conwell Springs, Kathy's hometown! Could they be related?

So it begins, the story is unleashed in a storm of events in which Conwell Springs will never be the same. This small town that served as a birthplace for Lil' Kathty is surrounded by mystery. She doesn't remember much, but she has fantastic memories of her grandparents. Joseph was a loving grandfather who fought in WWII, a dogfighter pilot, and a passionate person. One which Kathyhas fantastic memories, and moderately the only good ones, since her father disappeared, and her mother became mentally unstable.
Kathy grew, but she left her childhood in Conwell Springs, and now only nostalgia remains. She hasn't even heard of the tragic episode from 1981, when her grandfather had an accident... A strange circumstance, where Joseph became catatonic, one of many strange incidents occurring in such a small town, where missing reports are away over the charts.

Kathy Rain involves the player into a plot surrounding the events behind Joseph accident, and goes deep, deeper anyone would ever imagine, to a point of defying Kathy's own beliefs. Her investigation starts as merely a curiosity in hope to close the matter so her grandmother can have some rest, but clues all over town start to pop-up and our main protagonist can't ignore them.
Being a journalist is apparently in her blood since Joseph himself was conducting a private investigation regarding a very specific event, where three bright lights irradiate from the woods. Around them is a deep fog of questionable reports, events and a mist of frightening reactions.
The plot will take Kathy to uncover different locations, all related somehow to the story.
Locations across Conwell Springs are simple, but camouflaged in a web of lies, such as the strange church aiming to deliver divine guidance, with an obvious tainted intent regarding its purest. Or even your typical police station holding an alien-believer homeless, and a deputy who's a childhood friend.
Undisclosed matters are present everywhere, in particular with Lily Myers, a young girl who committed suicide, leaving behind secrets within her passion for painting. WMuch, much more mystery and secrets are present in this contemporary community. But on the outskirts of town, the enigmatic and obscure woods stand immaculate, with strange clues being held by a bald man dressed in red. Kathy has to discover the truth, not only about Conwell Springs, but about her as well. Her past decisions, are very much still alive within her.

Kathy Rain would benifit strongly with a resolution update, ther current one (320x240), is small, and considering how everyone plays in full-screen, the whole resolutions just ends stretched, making it feel wierd, although not unconforteble. This is probably due to the game being developed for mobile, or just poor-development decision.Resolutions aside, the game is fantastically well design with pixel art that will leave the old-school fans both impressive and nostalgic. Clifftop Games made sure to fulfill every area with details not only to interact but to spoil the player, as we walk across a very distinct handful of areas resembling a small town in America. Pixel art is always a challenge to accomplish, when done correctly, that is, and since this is such a good case, I can easily stare at how nice even little objects look, such as computers, or phones, even at stretched resolution when playing in Fullscreen.
Much later in the story, one can easily see inspirations from Silent Hill, where the beautiful landscapes of American's heart become replaced with gears grinding memories, and saws going trough the flesh, seeking answers.
The characters are very distinct and well designed based on their personality, presented in a western style, losing quality only because (once again) of such resolution limitations.

Gameplay goes as simple as Point & Click means, bringing back the classic, with style. Object interaction is made gracefully, with dialogues for at least 60% of the displayed objects on screen! Kathy can Think, Look and Interact with gadgets and people, giving a wide variety of opinions and hints regarding the specific event. Puzzles demand the player to be focused on the story, in particular names and dates. Everything that becomes relevant is noted in our notebook, such as questions and hints. As for objects, they are kept in a nice brown-backpack that resembles one used by a famous tomb raider! Kathy can combine objects, like tapes in a dictaphones, or showing a photograph to a specific character, hoping for more answers. We can move Kathy by clicking the desired position with our mouse, and we can freely explore every area, and once in a while, crack the traditional puzzles, which are very well constructed and smart, playing with words and numbers.

Kathy Rain audio works go behind your traditional indie game. The voices are done extremely professionally, with a dedicated director who made sure every single character sounds, and feels exactly as they need to. Each one suits the profile, from the accent, age, personality and even state of mind. It's a work of art, and probably the biggest factor that will attach players into the game for the very first hour.
Wordplay comes into the show, with 90's references, sarcasm, smart humour, and even with interactions with the player, creating amusing moments!
The soundtrack becomes one with the game, for every mood, and situation. The soft, deep drums, the distant guitar notes, or the piano tracking each footstep creates the perfect atmosphere! The soundtrack is smooth and easily becomes pleasant, worthy of being listened outside the game! It's not for sale though, but it's included with the game, and nowadays, that's always a a pleasant surprise.

Kathy Rain is a fantastic adventure of a young woman, who fight her own inner demons while discovering what happened to her beloved grandfather. She has to save more than just herself, while dealing with her own problems. Her lost relationship with her mother, her guilt for one less live in her life, all the anger towards her father... Everything becomes a whole, and once you fall into a [w]hole, everything becomes raw, true, transparent, except lucid. It's up to Kathy and the player to overcome everything, uncover the real facts, and becoming a detective!

8/10
Do you recommend this game? Yes No
Cancel Save Changes
Was this review helpful? Yes No Funny

Anezka890 Mar 8, 2018 @ 9:28am
I will definitely play it! And thank you for taking the time to write so many thorough reviews while shedding light in some games that, unfortunately, are not so well known.

Anezka890 Mar 7, 2018 @ 9:42pm
Very nice and complete review! I had my eyes on this game a while back but now, being a fan of the mystery/psychological horror genre (like the silent hill games), I will have to acquire this game!
< >