This user has also played as:
Pauline Shadow of the Tomb Raider
42 Hours played
SOTTR is such a great game and I'm having so much fun exploring and finding the different tombs. The game is very beautiful and sometimes I just stop playing to take in all the beautiful scenery. I usually don't pre-order games but I love this series and it was totally worth it. They've done such a good job on the third game in this reboot series.

There are some slight bugs but nothing that has hindered my game play although I can't speak for anyone else playing. There is some clipping that goes on with characters. A model will sit in the middle of the table and Lara's hands clipping when she opens tombs. I also did have one scene in the village where there was like 3 of the same model of a guy in a cowboy hat in the a small area standing right next to each other which was kind of annoying.

Other then that I've enjoyed the game so far.
Leave a comment
Screenshot Showcase 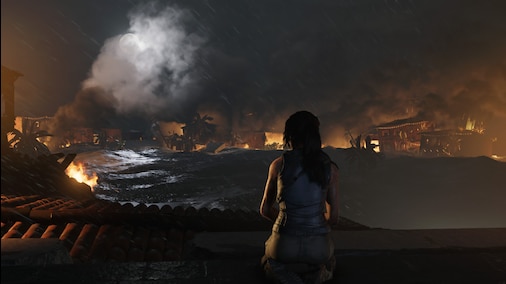 2.1 hrs on record
last played on Jun 27
One Night Stand