Accept
500 XP
I like cats. Big ones, small ones, furry ones, the ones that meow when you're trying to sleep and the ones that are actually alien spies which is all of them. 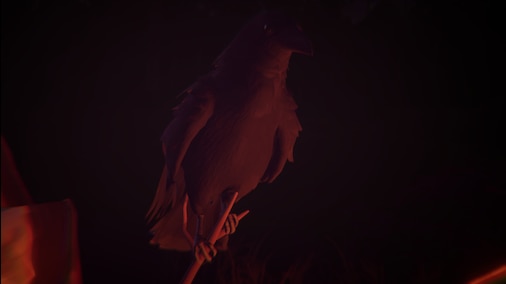 Life is Strange: Before the Storm
18.2 Hours played
No spoilers to either of the LiS games in this review
The best way to approach reviewing the prequel fo Life is Strange is probably comparing it to the original Life is Strange so let me skim the surface here. TLDR at the bottom.

Play Life is Strange before playing Before the Storm
If you have not played the original LiS yet, in my opinion you should absolutely not play Before the Storm prior to finishing that. The story will make plenty of sense and in some respects the actual sequence of events seems like an interesting experience but you would still be experiencing these events in an unintended way and going in without a dose of knowledge you should have.

Just like Dontnod intended it
Ok now that you've played LiS. Some of you may not have picked up on this but Before the Storm is not actually made by the developers of LiS. Instead it's made by a different studio called Deck Nine which had recently changed direction in games they want to make and they got offered this project. And I have to say I'm astounded by how true they've managed to stay to the source material, Before the Storm is a worthy and amazing addition to the original story created by Dontnod. There are also some voice actor changes but I could not tell unless repeatedly sampling the original and new side by side - don't let any of these things make you think less of this game.

It's dark, straight to the heart and standing strong on it's own
A common problem with sequels and prequels is that they tend to lean too heavily on source material, lacking things to say on their own and instead referencing and rehashing material that made the originals good. This is not the case here. Before the Storm has it's own style that makes it unique but leaves you feeling the same experience we all had in LiS. Before the Storm explores backgrounds of many characters and events which LiS fans will find fascinating. I had a lot of questions in the time gap between the games and many of them were answered here. Things get pretty dark and raw but that's something we should expect of the series and I wouldn't have it any other way.

Another mesmerizing sountrack and all the best things from LiS
Remember that amazing soundtrack, the meaningful choices, deep story, genuine feeling conversations and interactions? it's all still here and to me it felt like the first time going through LiS did. From the very first scene to the outro Before the Storm will take your emotions for a wild unforgetable ride.

TLDR
It feels like playing Life is Strange for the first time again. Don't let anything scare you off.
Leave a comment
Badge Collector [Clan] Clan Clan
It's a clan! The clanniest clan of all the clans! We do clan things!
28
Members
0
In-Game
4
Online
0
In Chat