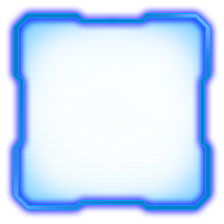 Recommended
472.1 hrs on record (68.6 hrs at review time)
From modern STG pioneers G.rev, Strania takes its root deep into games such as Cybattler, MUSHA Aleste, Spriggan Mk II and other 90's mech shooters, while adding the mesmerizing and cinematic experience typical to G.rev that can be seen in some of their other titles such as Border Down or Under Defeat.

With collaboration from Treasure's former employee Hiroshi Iuchi as graphic designer, famous for directing games such as Radiant Silvergun and Ikaruga, and an exhilarating soundtrack with sharp sound effects produced by Keishi Yonao (Asuka 120%, Mad Stalker, Neural Gear), Strania is an accessible shooter that focuses more on environmental aspects rather than just throwing a million bullets at you on a lifeless terrain.

The controls are some of the tightest I've ever played, and the scoring system relying on weapon leveling is a very dynamic way of spicing things up for those wishing to push further their scores. The fans of more bullet-heavy games will also enjoy its expert mode with suicide bullets, and overall this game will definitely give a fair deal of challenge for all kind of skill levels.

If you're a fan of shooters, retro mechs and dramatic audio-visuals, this is the game for you.
Highly recommended!
Posted November 25, 2015. Last edited December 1, 2015.
Was this review helpful? Yes No Funny

Not Recommended
0.1 hrs on record
I was gifted this game after I ironically added it to my wishlist.
As soon as I started playing the game called me a nerd.
0/10 this game is massive bully, don't buy, my feelings got hurt real bad (｡◕ˇдˇ◕｡ )
Posted July 13, 2014.
Was this review helpful? Yes No Funny

Recommended
34.7 hrs on record
This game is absolute bliss, I've been watching the G-Rev trailers many times while drooling since it was released for PSP, and thought it'd never get a port. It's very much like an hybrid between the Assault Suit games and Wolf Fang (a.k.a. "Rohga: Armor Force" outside of Japan, an arcade game by Data East, check it out.) It's basically a run-and-gun mixed with a shooter in which you destroy as much stuff as you can and as fast as possible in a mech loaded with powerful weaponry. Just rush missions and destroy tons of baddies, it's as simple as this.

Music is scored by Hyakutaro Tsukimo famous for his works on the last games of the Thunder Force series by Tecnosoft, and the art is very 90's-like with gorgeous details.The character design is decent in my opinion, and the japanese voice acting is spot-on. However, being a straight port of the PSP version, it doesn't have high-def graphics or audio, which I can totally live with. The controls are top notch too, but hard to apprehend, you definitely need a joystick for this one.

Overall this game screams quality, which is amazing considering it started as a mere doujin. If you're a shooter/STG fan, enjoy mechs and big splosions with fierce head-banging music and lots of pew pew, or just kawaii uguu animay, this game is for you.
Posted July 1, 2014. Last edited July 13, 2014.
Was this review helpful? Yes No Funny