This user has also played as:
Egasuas 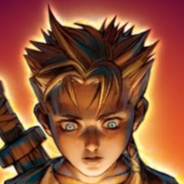 Fable Anniversary
36 Hours played
Fable is the single best game I have ever played, I owned it on the classic Xbox with Fable The Lost Chapters and played them to death. Bought The Lost Chapters on steam to revisit my childhood memories but was left disappointed at being unable to natively play with a controller. Fable Anniversary gives me that ability with a whole range of enhancements to graphics and expansions to the game which build on what has come before without intruding on the original design of the game. A perfect port for a perfect game and one day 50 years from now I'll play this game one last time to my literal death.

10/10 would submit my body and mind to the creator of fable as repayment for the heart and soul they've given me.
Leave a comment
Review Showcase

Supraland Six Inches Under
74 Hours played
Another brilliant entry into the Supraverse. The developers have hit home AGAIN with the cleverly made puzzles that are both challenging yet achievable without needing to bash your head against a wall (although a couple of moments had me tempted.. courtesy of a certain developer who shall not be named! You know who you are). There is a fine line between puzzles being both fun and interesting and being both challenging and guiding you just enough to not get lost and yet again they've walked that line with confidence in itself as a game.

Supraland created a promise to the people. A promise of tone, atmosphere, exploration and pacing and Six Inches Under has done very well to deliver on that. It brings me great joy to see how far Supra Games has come, growing from the 1 person who made the first game to a team who hasn't strayed from the path David walked before them. This game kept all the elements from the first Supraland that made it so iconic for me and this is an incredibly fresh yet familiar experience.

The combat has been evolved to something far more sophisticated than what was given in the first game, enemies are now a threat instead of a mild annoyance but they've also become tools you'll learn to utilize as you venture off down under. This game has actually made me realise how underwhelming the combat system is in the original which I'd hate to say anything bad about it but I think it goes to show how much the developers listen and learn from what they've done before instead of becoming complacent with themselves. Growth and being transformative is essential for a franchise to not become stale.

I genuinely did love this game, I love the personality that's been thrown into it by the people who clearly love games like these, to describe this game as a mix of Portal, Zelda and Metroid is not a disservice to those franchises.

Once again, as a fan of puzzles and as a fan of exploration I am inspired and I look forward to what's to come in this developers future.