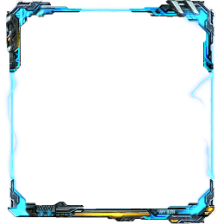 Recommended
23.8 hrs on record
Because Dragons 🐉 it's awesome.

However the RTS part is very gimmicky, specially in late game where battles are mostly decided by sheer numbers before the dragon can be spawned.

The main pro of this game are it's characters, tbh.
Posted February 19, 2020.
Was this review helpful? Yes No Funny

Recommended
30.1 hrs on record
A pristine genuine Star Wars experience that has better plot than the latest movies. The game somehow got spared from being a GaaS title by EA, so it's quite good.
Posted February 1, 2020.
Was this review helpful? Yes No Funny

Recommended
20.4 hrs on record
Early Access Review
With Xen done, Black Mesa is a pristine reimagening of the original Half Life, much more pallatable for modern audiences while simultaneously being a great new experience for fans alike.
9/10
Posted January 24, 2020.
Was this review helpful? Yes No Funny

Multiplayer layer is very good, cloud based.
Posted November 26, 2019.
Was this review helpful? Yes No Funny

Recommended
187.7 hrs on record
It has dragons


Stellaris is my fave space game of choice!
While arguable it lacks (For now) some features that would make it a truly unbeatable Space GST on it's genre it does haves several pros that makes it my choice in comparison with others like Master of Orion, Endless Space or GalCiv.

- Non competitive driven.
This is mainly a RP oriented game as in Paradox style. I don't (usually) have to care about a certain victory condition while playing coop with some friends unlike competitive driven 4X. I care more about building a story and having good time with my pals rather than "winning".

- Long dev cycle.
Gets updated frequently with free content (And paid DLC), don't have to worry about buying a sequel every few years.

- Mod friendly
Outside of minor nuisances to use the same mods with friends, game's very keen on mods so there's many things to chose from. They're not a pain to install thanks to Steamworks

So slow to transfer savegames Zzzz

It takes a long time to do that!

Keep in mind only the host needs the DLC so you can play with all the DLC if the host has it.


- Late game slowdown.
Game seems to be on 32 bits, using an old engine. That's not good. There's a point they'll need to upgrade. It also does not fully use many cores, so late game the days go slower, and it can get intolerable if you made the error of having many habitable planets on a huge galaxy.
To give an idea, "Slow speed" when you just start the game can be the same as "Fastest" on late game (By amount of days).


Outside of all that, I like it. And whether you do or not agree with design decisions or scope of the game that's personal choice. I wish more friends played this haha
Posted November 22, 2017. Last edited November 25, 2020.
Was this review helpful? Yes No Funny

After more than 4 months of wait, they finally added Teamplay and mod support. As such I am again recommending the game, as the gameplay itself is quite good.

Pending complains are, however, lack of strategy on sea and the AI.

Below is my previous review as is for archival purposes.

As of December 2016, Civ VI still DOES NOT have teams in multiplayer.
Unlike previous Civ games, this means that outside of the buggy, incompetent AI, if you want to enjoy it further, would have to rely on PvP FreeForAll games, instead of coop or organized teamplay.

While the core gameplay is fine, the AI ruins it, and lack of proper teamplay is a dealbreaker for me.

Stick to Civ V complete in the meantime unless you want to tryhard in multiplayer.
Posted December 20, 2016. Last edited February 24, 2017.
Was this review helpful? Yes No Funny

Not Recommended
5.2 hrs on record
"Oh hey, I know we promised to not do microtransactions before, but money is too good, so we'll add a CSGO crate system that replaces normal loot, and you have to pay to get skins that have boosted stats.
I'm sure a P2W model won't hurt!

The community loves us!.
Oh also if someone gives a negative comment on the forums we'll ban them, who cares about them anyways lol"


I don't know where to put my Kappa
Posted October 18, 2015.
Was this review helpful? Yes No Funny

Not Recommended
10.1 hrs on record
Revelations 2012; a game whose whole premise apparently, is the Apocalypse event on 2012.
Sounds fun no? I mean, it should, it's the Apocalypse!!!
But the apocalypse never came IRL, so that novelty is not anymore on this game.

So... what could it make it better then? If we leave the plot aside?
Perhaps good gameplay! Good graphics! Interesting sound assets! Interesting enemies, interesting weapon variety, good game stability, etc...

And that's where this thing falls off, because this game in particular failed on most if not all of those essential assets.
Yeah I can forgive a lazy plot or perhaps, lackluster graphics, but it's hard to forgive what a game is about, gameplay, enemies, assets in general, etc...

This game follows a similar style shown in Valve's Left4Dead2, where you're spawned with 3 other players fighting your way through the enemy forces.
As with LF4D2, if you're not teamed up with friends, an AI player will take place of your friends... except that those AI players aren't really good at their duty and fail to do basic tasks, dying often, failing to pick up stuff, etc... leaving you most of the time, if you're not careful, 1 vs all.
Well... then you can play with friends, right? Sounds fun after all...

However... then it comes another aspect of gameplay, what you use to destroy enemies?
The game gives you one weapon, BUT! It can change shape & form and act as a different one, albeit it's still the same looking weapon (With different color). Yet, unfortunately, the weapons feel blands and the assets of it don't follow throught the premise. Say, the sound doesn't fit the weapons and make it feel like you're shooting a cardboard or something weak.
YET! The effect the weapons have on the enemies is kinda neat, like enemies vaporizing or being dismembered, stuff like that it's nice to see; sadly on this, is that the path between you shooting and the projectile hitting the enemy is, weird, since the effects of the projectiles don't show up very well on the enemies, making it hard to see if you're hurting them badly until they die.

The enemies? Dozen of crazy maniacs, you can say, as they do 'alot' of nonsensical stuff around the environment, apart from just rushing at you, dying tragically (If you are competent) in the process.

The maps feature some traps every so and then that are hardly told they are there, sometimes even surprising you with fast deaths, or just simply, there are too many obstacles than needed.
Traps... you get it? If your AI partners aren't smart, they will fall into them often, and almost always. Which sadly, this time is true. Althought I've encountered they did that often, sometimes I managed to make them to not to, (Or I just speed through those)

Speaking about your partners, they don't have interesting personalities at all, unlike LF4D2. They look and act like generic sidekicks that you don't end up liking or caring about (Which should be the opposite).


What about the graphics? Well, let's just say that it looks like a late PS2 game, or at most, an early PS3 game, in graphics, of course.
Pixelation, low polygon assets, even the characters are bland, don't really help to boost the already lack of value the other stuff have been getting.
Again, bad graphics aren't the sign of a bad game (Often), but in this case, graphics affect the game to give a lesser experience on the player (As it's a FPS game, graphics usually matter most)

The campaign can last quite a bit, my playthrought lasted more as I often go around and do lazy stuff, yet I can assure that the story is forgettable and, at most, boring.
Fortunately it have more content in form of coop modes and competitive modes. The most redeeming of them is the Battleground modes, that is sort of a Dota mode where players have to take down the enemy structures and are in charge of "minions" that are to be used in the feat, eventually entering the enemy base and defeating a boss.
Unlike dota or any other ARTS, players can order the minions to stay in certain areas, to defend or w/e.
Unfortunately the AI of those is lacking in many aspects, and often fail to do the task assigned to, sometimes even making the battle to be turned into a mess or just fail horribly.
Many of the bugs to date have been fixed, yet those who stay still make the game 'not very good'.

Now, the price is really low, is it still worth your time?
I would love to say yes, since it's cheap, but not often price would give you the quality for your time. This time around, this game offers little for your time, and it's mostly to be avoided. It's broken in the core mechanics, boring, bad assets, stuff like that, that just make it a bad idea to stay with.
If you play it you'll see what I mean, or you can just watch videos on youtube about the game

If I'd give a score to this game, it would be 3/10. While it (Had) a somewhat interesting idea, the way it's implemented it's flawed and made the game fail horribly.
You can try it out if you want, but personally I won't play more with this game.
~Sjru
Posted July 11, 2012. Last edited April 13, 2014.
Was this review helpful? Yes No Funny